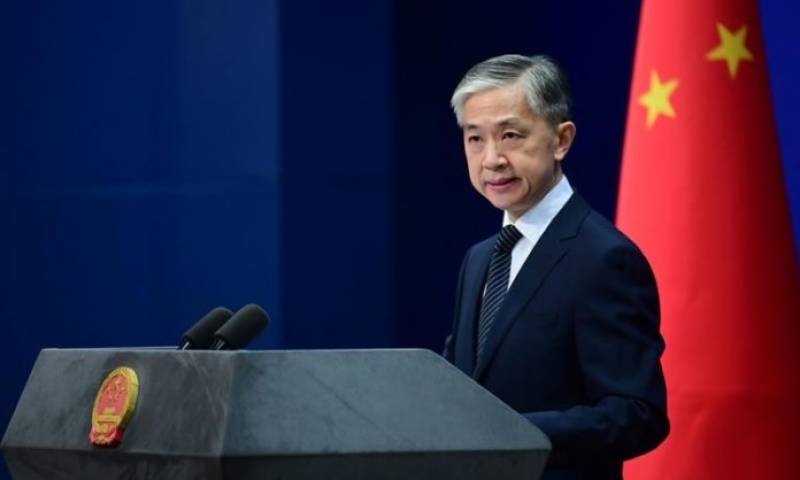 BEIJING - China appreciated and welcomed Afghanistan’s active participation in the joint construction of the “Belt and Road”, and is willing to promote the extension of the China-Pakistan Economic Corridor (CPEC) to Afghanistan in order to make the country a bridge for regional connectivity, Chinese Foreign Ministry Spokesperson Wang Wenbin said on Friday.

“China appreciates and welcomes Afghanistan’s active participation in the joint construction of the ‘Belt and Road’, and is willing to promote the extension of the China-Pakistan Economic Corridor to Afghanistan, replicate more successful experiences, and make Afghanistan, located in the ‘Heart of Asia’, a bridge for regional connectivity,” he said during his regular briefing held here.

“This is the first visit of a Chinese foreign minister to Afghanistan after the political changes in Afghanistan last year,” he added.

Wang Wenbin said the visit is of great significance to promoting the peaceful reconstruction of Afghanistan and maintaining regional peace and stability, and will have a positive impact.

State Councilor and Foreign Minister Wang Yi said during the talks that China and Afghanistan are friendly neighbors linked by mountains and rivers, and the two countries have a history of exchanges for thousands of years.

China never interferes in Afghanistan’s internal affairs, never seeks any self-interest in Afghanistan, and never seeks the so-called sphere of influence. As Afghan friends often say, China is the only major country that has not hurt Afghanistan.

China is willing to continue the traditional friendship between the two peoples, develop normal and friendly neighborly relations with Afghanistan on the basis of the five principles of peaceful coexistence, help Afghanistan achieve true independence and independent development, and take Afghanistan’s future and destiny into its own hands.

He hoped that the Afghan interim government will be inclusive and prudent in governance, and will continue to make active efforts in the direction that conforms to the interests of the Afghan people and the expectations of the international community.

State Councilor and Foreign Minister Wang Yi stressed that the ‘East Turkistan Independence Movement’ is a terrorist organization listed by the UN Security Council and legally recognized by the Chinese government, and hoped that Afghanistan could earnestly fulfill its commitments and take effective measures to resolutely combat all terrorists including the ETIM.

The spokesperson said that the Afghan side welcomed State Councilor and Foreign Minister Wang Yi and the Chinese delegation to visit Afghanistan, saying that this is the most important high-level delegation received by the Afghan side, which will further enhance the time-honored friendly relations between Afghanistan and China.

The Afghan side stressed that thay are a responsible government, and would like to reiterate to China and the world that no terrorists will be allowed to operate in Afghanistan, and no one or any organization will be allowed to use Afghanistan’s territory to take actions against other countries, including China.

The Afghan side attaches great importance to China’s security concerns, and will take practical and strong measures to achieve security throughout the country and contribute to maintaining regional security.

The Afghan side highly appreciated the constant presence of the Chinese embassy in Afghanistan, which fully reflects the strong connection between Afghanistan and China.

The Afghan side cherishes its friendship with the Chinese side, and appreciates the Chinese side’s assistance when the Afghan people are in the most difficult time, especially the anti-epidemic support and humanitarian assistance that Afghanistan desperately needs.

Afghanistan is willing to give full play to its unique geographical advantages, more fully participate in the joint construction of the ‘Belt and Road’, and become a bridge for regional connectivity.

State Councilor and Foreign Minister Wang Yi said that under the premise of respecting Afghanistan’s sovereignty, China is willing to carry out mutually beneficial cooperation with Afghanistan in an orderly manner.

The relations based on the principles of focusing on improving people’s livelihood, focusing on enhancing Afghanistan’s independent development capabilities, focusing on practical results, and not making empty promises to help Afghanistan transform its resource advantages into development advantages, the spokesperson concluded.