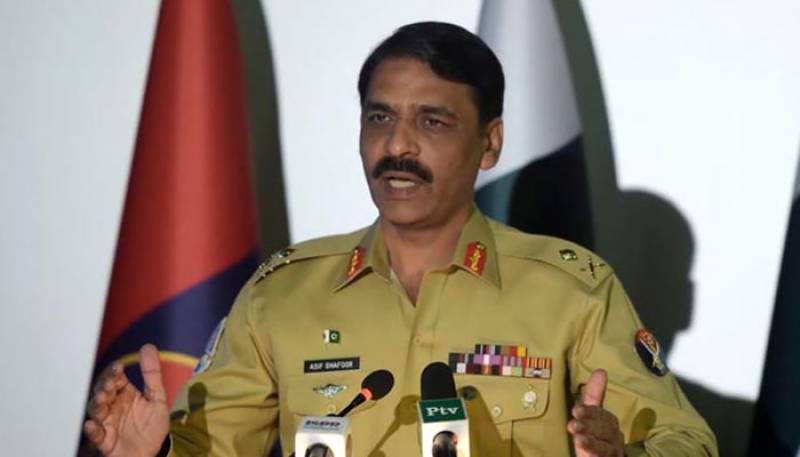 In an interview with a Russian news agency, he said Pakistan holds the position that this capability eliminates the possibility of conventional war. No sane country having this capability would talk about using it.

Asif Ghafoor also pointed out Pakistan will take steps towards non-proliferation of nuclear arms but only if India does the same.

Pakistan will undertake anything, which is based on equality. He said the hands of Pakistan cannot be tied while keeping those of India open.

DG ISPR rejected India's claim that Pakistan used US made F-16 to down Indian aircraft, stating that JF-17 Thunder combat aircraft developed jointly with China were used in the recent conflict. He, however, stressed that the country would use whatever it deemed necessary if it came to legitimate self-defense.

Referring to the standoff with India, Major General Asif Ghafoor said the Indian jets violated the Pakistani airspace on February 26, dropping payloads without inflicting any casualties or damage to infrastructure.

Asif Ghafoor said whilst staying within our airspace, we first chose and locked the targets. He said Pakistan only wanted to tell the Indians that the country has the capability to hit. He said Pakistan has the footage of the operation.

Asif Ghafoor said Pakistan would welcome including that of Russia, which can bring peace in the region.

The DG ISPR said Pakistan valued Russia's role in the Afghan settlement process and recognized its importance in regional processes.