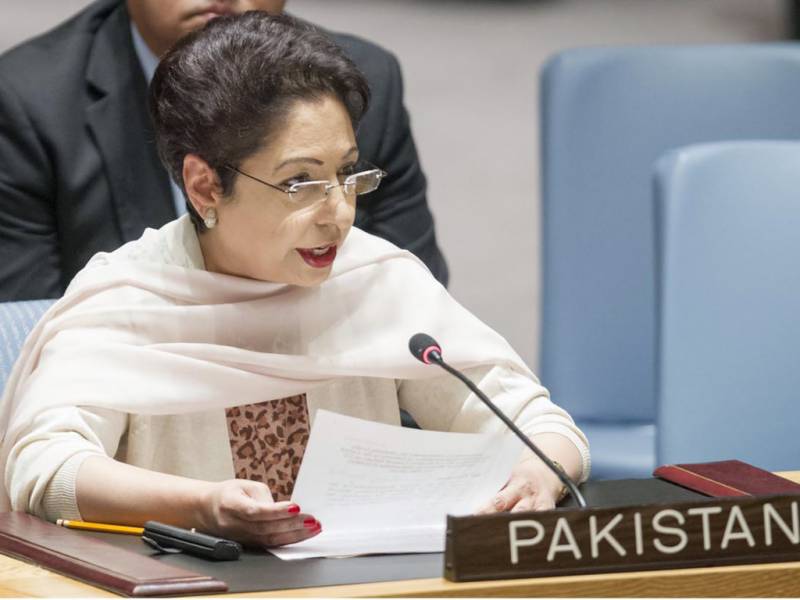 UNITED NATIONS: Pakistan Day was celebrated at Pakistan’s Mission to the United Nations with enthusiasm with the hoisting of the national flag by the Permanent Representative of Pakistan to the UN, Ambassador Maleeha Lodhi.

The ceremony began with recitation from the Holy Quran. Ambassador Lodhi read out the special Pakistan Day message of President Dr. Arif Alvi, while Naeem Cheema, Acting Consul General read out the message of Prime Minister Imran Khan, according to a press release of the Mission.

Speaking on the occasion, Ambassador Lodhi highlighted the special significance of Pakistan Day this time with national morale at record high and public confidence in the future of the country also at an unprecedented level. This, she said, is also borne out by the way the nation had responded to the”recent challenges from our neighbourhood”.

Resilience and self-belief, she added, were the defining features of Pakistan’s journey, a journey that saw the country braving the odds and defying the pessimism some held about the country’s future.

Today, she said, Pakistanis look to the future with hope and optimism. Ambassador Lodhi also spoke of the significance of the Pakistan Resolution in the freedom struggle and paid rich tribute to Quaid-e-Azam Mohammad Ali Jinnah who led the historic struggle of the Muslims of the sub-continent for an independent homeland.

The Pakistani envoy said that under a new and confident leadership Pakistan today was making important gains in its journey towards progress and prosperity.

“We remain determined, she said, to translate our Quaid’s vision into reality and ensure that people of Pakistan continue to enjoy the fruits of peace, security and development in a prospering welfare state”, she added. The ceremony concluded with a ‘dua’ for the prosperity and progress of Pakistan.

All officers and staff of the Mission, the Consulate General and Pakistanis working at the United Nations attended the ceremony. Members of Pakistan’s armed forces serving as UN peacekeepers also joined the ceremony.

Later, addressing a community gathering at the Pakistani Consulate, Ambassador Lodhi said the gusto with which Pakistan Day was celebrated in the country and outside is testimony of a living nation that is self-confident and eager to take part in nation-building activities. She appreciated the role of the diaspora and said it was a model community but still needed to do more in portraying a positive image of the country.