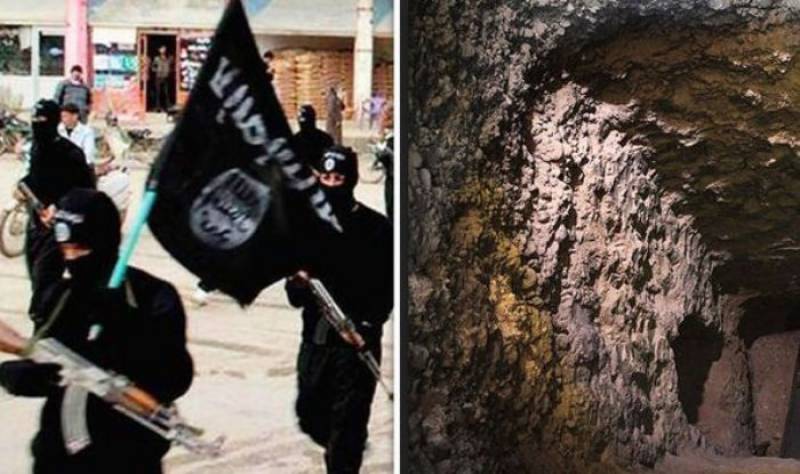 ISLAMABAD - Nangarhar Province media center in a statement announced that a tunnel belonging to ISIS (Daesh) terrorists has been discovered in this province.

According to the statement, some heavy and light weapons together with large amount of explosives were also confiscated.

The ISIS members are reported not to be in the site while the tunnel was discovered.

Researches show that none of the Afghan cities have so far been fully controlled by Daesh.

ISIS presence has turned out to be a serious threat in Afghanistan.

After defeat of Daesh in Syria and Iraq, there is a fear of changing Afghanistan to a serious base for ISIS.

Earlier, Deputy Spokesman of Afghanistan Interior Ministry announced that the explosion in a ceremony in Helmand, southern Afghanistan has claimed the lives of 3 and injured 31 more.

Some governmental officials were also killed in the incident, Afghan sources quoted Nosrat Rahimi as saying.

A member of provincial council, border guard police commander and head of economy department of the province were among those who were injured.

Karte Sakhi is the place for commemorating Nowruz festival in Afghanistan.

The first explosion took place in Nowruz commutation place, the second one on a road leading to the same place from Kabul University, and, ten minutes later, the third one in Kabul University.

The incident has claimed the lives of 6 people and injured 23 more.

Qasemi sympathized with Afghan government, people and the bereaved families of the victims of the inhuman act which resulted in killing and injuring defenseless and innocent people. -IRNA