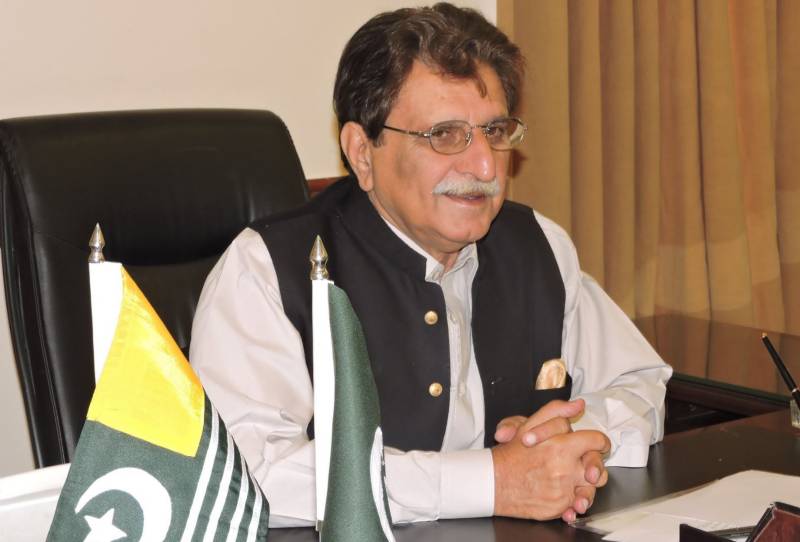 In a press conference, the prime minister said, he has personally visited various sectors along Line Of Control (LOC) to evaluate losses being inflicted by Indian firing to houses, schools, cattle, and the people living there.

He further said, he would continue visits to the affected areas for facilitating masses. The AJK PM said Azad Kashmir government has sent six additional ambulances to the areas close to LOC and ordered repair of the rest to provide immediate first aid and transportation to shift the injured for medical treatment.

He said Indian forces had intensified atrocities against the innocent Kashmir after the Pulwama incident. He added that Indian government had banned Hurriyat leader’s activities in occupied Kashmir.

The oppressors, he said, could neither change the reality of the Kashmir dispute nor deprive Kashmiri people of their legitimate right to self-determination anymore through such tactics. The AJK PM said Indian prime minister was escalating tension on LoC before the election for political goals. AJK prime minister said all the political parties of AJK are united on Kashmir issue.

He urged world powers to play their due role in finding a solution to the decades-long Kashmir dispute before it became too late as the Indian occupation forces’ barbarism had crossed all limits.

Raja Farooq said letters had been written to Organisation of Islamic Cooperation Secretary, General Secretary and Human Rights Committee of European Union on the prevailing situation of Kashmir.

He termed European parliament’s Human Right Committee discussion on current occupied Kashmir situation as a big achievement. “UN Human Right Commission report is momentous success for Kashmiris”, he added. To a question he said people of Azad Kashmir standing shoulder to shoulder with the Armed Forces. To another question he said all the governments of Pakistan had given priority to Kashmir issue.