Fawad responds to Sushma's tweet; It is not Modi's India where minorities are subjugated
25 Mar, 2019 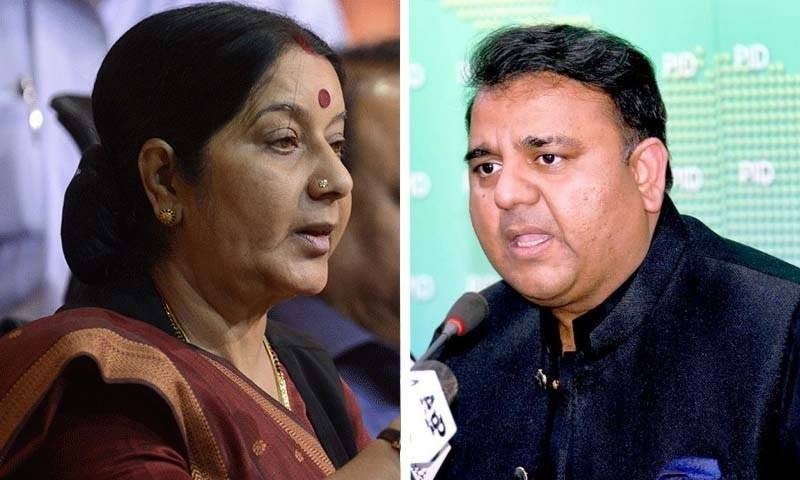 Chaudhry Fawad Hussain satirically said he is happy that in the Indian administration there are people who care for minority rights in other countries, but we hope that their conscience will allow them to stand up for minorities at home as well. He said Gujarat and Jammu must weigh heavily on the soul of the Indian External Affairs Minister.

The Information Minister said it is not Modi's India where minorities are subjugated, rather it is Imran Khan's Naya Pakistan where white color of our flag is equally dearer to us.

He expressed the hope that Indian government will act with same diligence when it comes to rights of minorities in their country.