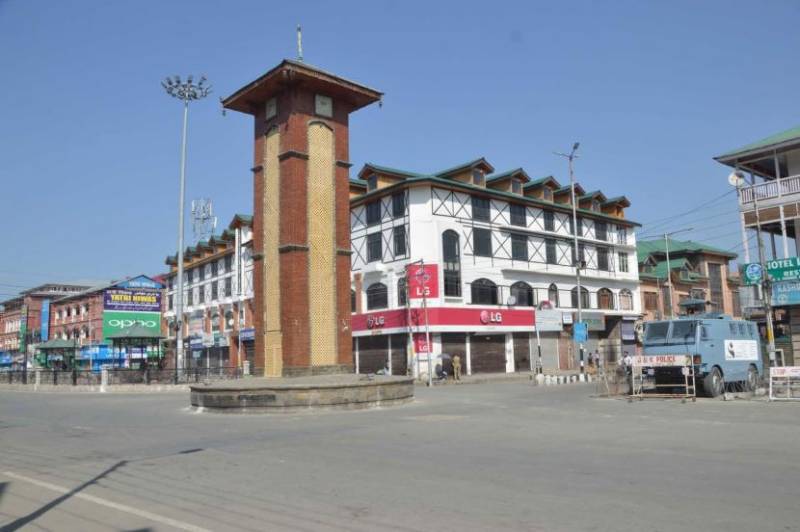 In occupied Kashmir, complete shutdown was observed, today, against the ban by India on Jammu and Kashmir Liberation Front led by Muhammad Yasin Malik for its pro-freedom activities.

Call for the strike was given by Joint Resistance Leadership. All shops and other business establishments were closed across the valley while the traffic was off the roads. Police and paramilitary forces were deployed in strength to prevent anti-India protests.

Yasin Malik is presently lodged at Kot Bhalwal Jail in Jammu under draconian law, Public Safety Act. Crackdown operations have been launched against the party leaders and activists in the territory.

Bodies of Tahir Ahmad Dar and another youth were recovered from the debris of a house at the end of a three-day cordon and search operation by the Indian troops in Warpora area of Sopore, yesterday.

Indian authorities booked two Jamaat-e-Islami leaders and a school principal under Public Safety Act in Bandipora and Shopian districts, and shifted them to jails in Jammu.

On the other hand, a 24-year-old Kashmiri student Absar Zahoor Dhar was assaulted with iron rods by a group of Hindu extremists in Bengaluru in Karnataka state.