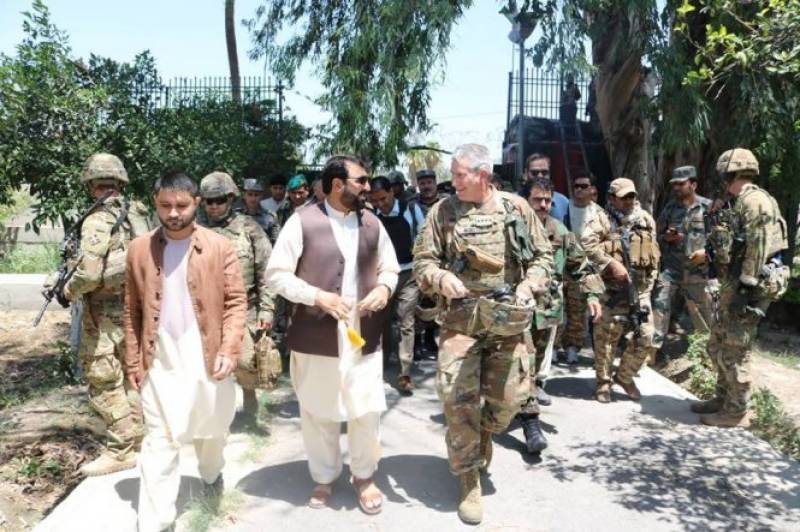 KABUL - The commander of the NATO-led Resolute Support Mission and the US forces in Afghanistan General Nicholson has said that he is hopeful that Pakistan will persuade Taliban to join peace talks.

Gen. Nicholson made the remarks during a visit to eastern Nangarhar province of Afghanistan where he met with the provincial government officials to discuss peace process, Afghan government’s ceasefire initiative, fight against ISIS, and upcoming elections, according Nangarhar governor’s office.

The NATO commander welcomed the recent announcement by the Kingdom of Saudi Arabia and said he is hopeful that Pakistan will also step up efforts for the Afghan peace and reconciliation process.

Gen. Nicholson also hailed the recent contacts between the Afghan and Pakistani officials and called it a major effort for the Afghan peace process.

The governor of Nangarhar Hayatullah Hayat said a meeting was organized in the presence of the provincial military officials to discuss the security of elections, ceasefire with the Taliban, and fight against ISIS group.

Hayat further added that Gen. Nicholson has promised to support the Afghan government regarding the security related issues.