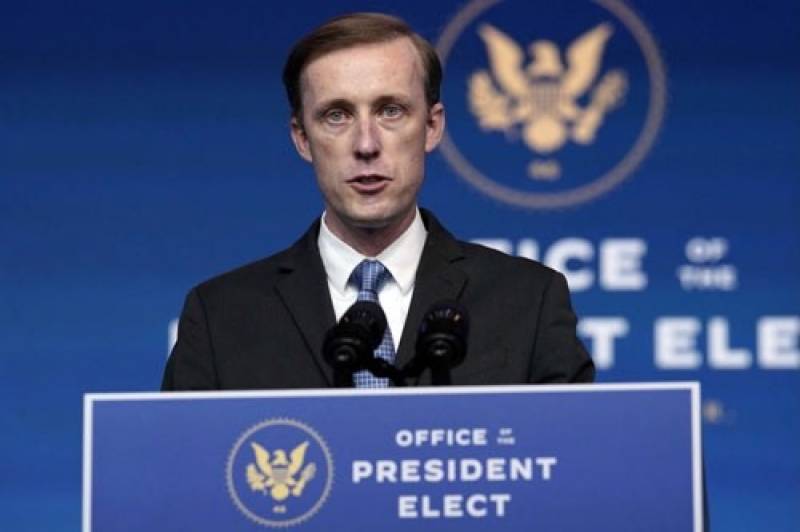 The Biden administration will work closely with Israel on regional security issues and on regional the country’s normalisation agreements, White House national security adviser Jake Sullivan told his Israeli counterpart, according to a statement on Sunday.

“They discussed opportunities to enhance the partnership over the coming months, including by building on the success of Israel’s normalization arrangements with UAE, Bahrain, Sudan, and Morocco,” according to a statement on Sullivan’s call on Saturday with Israel’s Meir Ben Shabbat.

Sullivan also extended an invitation to begin a strategic dialogue in the near term, the statement said. Meanwhile, new US Defense Secretary Lloyd Austin on Sunday, during his first phone call with his Japanese counterpart, reaffirmed America’s commitment to defending the disputed East China Sea islets known as the Senkaku in Japan, Jiji news agency reported.

Austin and Japanese Defense Minister Nobuo Kishi confirmed that Article 5 of the US-Japan security treaty, which stipulates US defense obligations to Japan, covers the Senkaku Islands, Jiji said. The islets are known as the Diaoyu in China.

The defense ministers also reaffirmed their opposition to any unilateral act that would undermine Japan’s right to administer the islands, Jiji said. Japan has become increasingly concerned about Chinese activity in the East China Sea, including incursions into waters around the disputed islands.

Meanwhile, a US aircraft carrier group led by the USS Theodore Roosevelt has entered the South China Sea to promote “freedom of the seas”, the US military said on Sunday, at a time when tensions between China and Taiwan have raised concern in Washington.

US Indo-Pacific Command said in a statement the strike group entered the South China Sea on Saturday, the same day Taiwan reported a large incursion of Chinese bombers and fighter jets into its air defence identification zone in the vicinity of the Pratas Islands. The US military said the carrier strike group was in the South China Sea, a large part of which is claimed by China, to conduct routine operations “to ensure freedom of the seas, build partnerships that foster maritime security”.

“After sailing through these waters throughout my 30-year career, it’s great to be in

“With two-thirds of the world’s trade travelling through this very important region, it is vital that we maintain our presence and continue to promote the rules-based order which has allowed us all to prosper,” Verissimo said in the statement. The Theodore Roosevelt is being accompanied by the Ticonderoga-class guided-missile cruiser USS Bunker Hill, and the Arleigh Burke-class guided-missile destroyers USS Russell and USS John Finn, the U.S. statement said.—Agencies