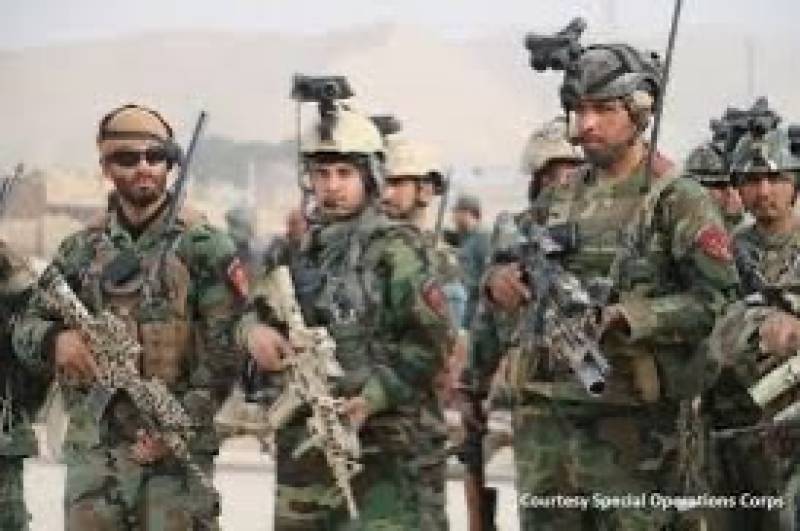 He said Salim was an expert of laser weapons use and he would target security check-posts at night. The Taliban have not yet commented on the death of the deputy commander. In Nangarhar, a member of Daesh media and recruiter of youth in the group, has been arrested, a statement issued by the governor’s office said.

It said the IS man was detained during a special night operation in Sheikh Masri area of Sararud district. It said the detainee would recruit teenagers through his Facebook page and his arrest prevented recruitment of teenagers in Daesh. The governor’s office said the Special Forces conducted the night operation in the Dawlatzai area of Chaparhar district to arrest Daesh members.

During the operation, they arrested an Islamic State (IS) member named Sabagul and two suspects. The source added another Daesh propagandist was arrested by National Directorate of Security (NDS) forces during a night operation in the 8th police district of Jalalabad. The governor’s office said the man was spreading propaganda on social media to attract anti-government and Daesh militants. A pistol, two assault rifles and a number of documents were recovered from the detainee.

At the same time, another person was arrested on suspicion of having links with Daesh and he is being investigated.

The governor’s office said a kidnapper had been arrested in Nangarhar on charges of kidnapping and killing a person named Akmanullah. The National Directorate of Security (NDS) forces arrested the kidnapper named Khalid, who had abducted Akmanullah from Jalalabad five months ago and later killed him in Pachiragam district The kidnappers had demanded $200,000 from Ammanllah’s family before killing him.