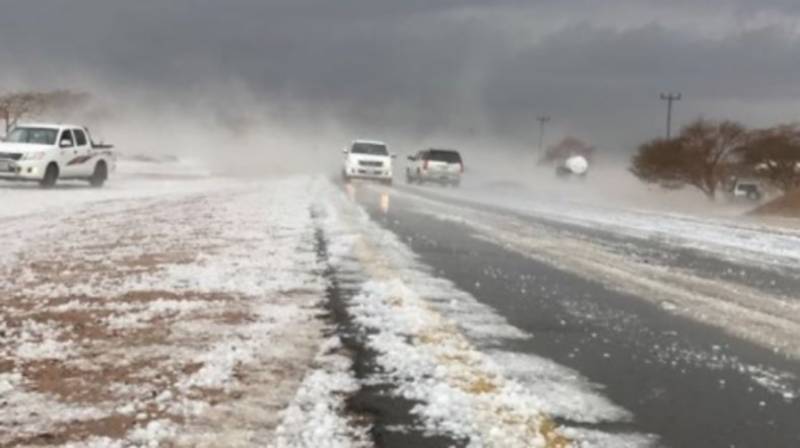 RIYADH - Several vehicles were damaged in Madinah region as a result of heavy thundershowers accompanied by hailstorms on Saturday.

The General Authority for Meteorology and Environmental Protection sounded alert. Classes have been suspended Sunday in Madinah region.

Rainfall is continuing in several areas of the Kingdom including Makkah, where there was light to moderate rain on Saturday evening. Other areas affected by rain include Dawadmi and Al-Baha Province.

Light rain fell on the outskirts of Dammam and its adjoining areas which included Al-Khobar, Qatif, Ras Tanura, Jubail, Khafji and Hafr Al-Batin.

The rain in Al-Jouf started on Friday and lasted until Saturday morning. The areas which experienced the rain included Sakaka, Domat Al-Jandal, Zallum, Sawyer, Al-Adharea, Khu’aaa and Adhfaa.

Jeddah and Riyadh had an overcast sky on Saturday, with the sun playing hide and seek with the clouds.

Spokesman of the Riyadh region Civil Defense Maj. Muhammad Al-Hammadi appealed to the public to follow safety directives and guidelines while venturing out in the rain.