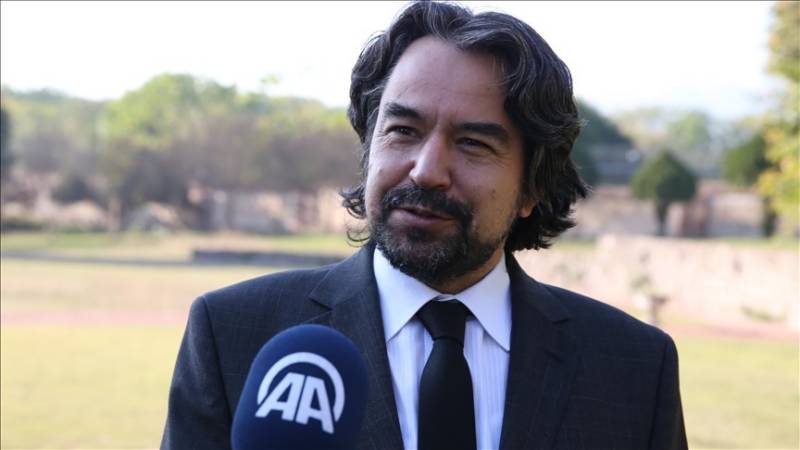 The square that has built by Rawalpindi Development Authority (RDA) on the Murree Road of the city was inaugurated by the Turkish Ambassador to Islamabad Mustafa Yurdakul on Thursday.

Speaking at the inaugural ceremony the RDA chairman thanked the Turkish Ambassador and said this monument would be a reminder of strong Pakistan-Turkey friendship.

"Prime Minister Imran Khan wished to further strengthen relations with Muslim countries. In this regard, we are continuing our efforts to bring the people of Muslim countries closer to each other," he said.

He added that the Pakistani-Turkish memorial project is also part of his country move to bringing both countries closer.

Turkish Ambassador, addressing the ceremony, thanked Rawalpindi Development Authority and its chairman for constructing the Turkish Friendship Square, said this monument would be a reminder of Pakistani-Turkish friendship.

"Pakistan and Turkey are brotherly countries. Turkey is working on various projects to bring prosperity to Pakistan," the Turkish ambassador said.

Maqbool Ahmed also thanked the Turkish ambassador for inaugurating the square and said both countries helped each other in their most difficult times while Pakistan was keen to enhance its relations with Turkey to an even higher level.