Indian government faces another embarassing blow from leading US daily over controversial law against Muslims
25 Dec, 2019 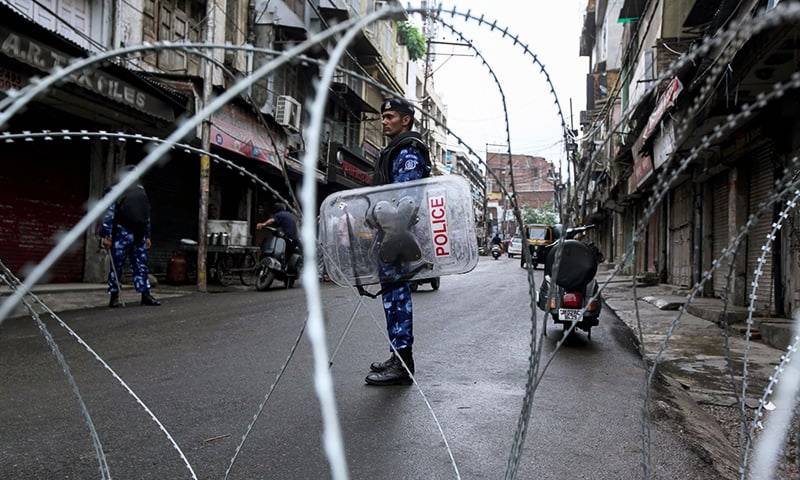 SRINAGAR - In occupied Kashmir, there is no change in the situation on ground as Indian military lockdown entered 143rd straight day, today.

Traders in Kashmir valley have sought waiver of interest on bank loans saying they need incentives to revive their businesses after being hit hard by the nearly five-month lockdown.

Meanwhile, Indian authorities have given sanction for prosecution of Jammu and Kashmir Liberation Front Chairman, Muhammad Yasin Malik and Dukhtaran-e-Millat Chief, Aasiya Andrabi on charges of raising anti-India slogans and asking people to boycott the election drama, frequently staged by India in the territory.

The cases were registered under the draconian law, Unlawful Activities Act.

On the other hand, two Indian army soldiers died in North Kashmir’s Kupwara district when their vehicle caught fire.

In an article, the paper notes the law has rightly alarmed Muslims who have faced mob lynchings at the hands of extremist Hindus during the Modi government and now fear that they are at risk of becoming stateless or being sent to detention centers.

The paper says that peaceful protests across India should be regarded as a moment of truth for Modi government and it should admit that the discriminatory citizenship law is a mistake and should junk it.