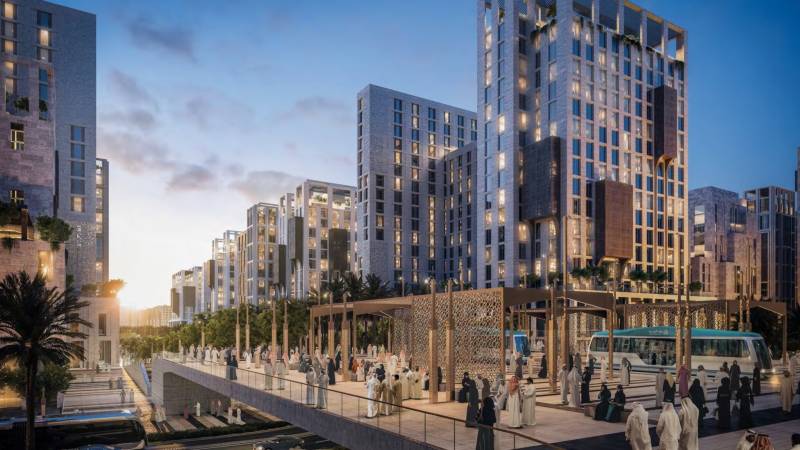 The project, which has been launched in line with kingdom’s Vision 2030, will raise the capacity to facilitate hosting 30 million Umrah pilgrims by 2030.

The project is being developed and implemented by Rua Al Madinah Holding Company, a PIF company that specializes in development, operation, and real estate investment in Madinah, the state-run Saudi Press Agency reported.

Speaking on the occasion, the crown prince said that the project will be implemented to the highest international standards in an indication of the continuous support from the Kingdom’s leadership to Madinah to consolidate its position as a modern Islamic and cultural destination.

Spanning 1.5 million square meters, the project is set to add over 47,000 hotel rooms by 2030, in addition to open spaces and green areas.

The project will also boast nine bus stops for visitors, a metro station, tracks for self-driving vehicles, and underground parking. These are being introduced to facilitate visitor access to the Prophet’s Mosque and will support both residential and commercial activity while helping to create many job opportunities.

The project aims to elevate the city’s status as a modern Islamic and cultural destination for pilgrims, besides aiming to contribute to achieving the goals of the Hajj, Umrah, and travel sectors outlined in Vision 2030 by enriching the experience of visitors to the city.