China, US and other nations take note of severe floods in Pakistan
25 Aug, 2022 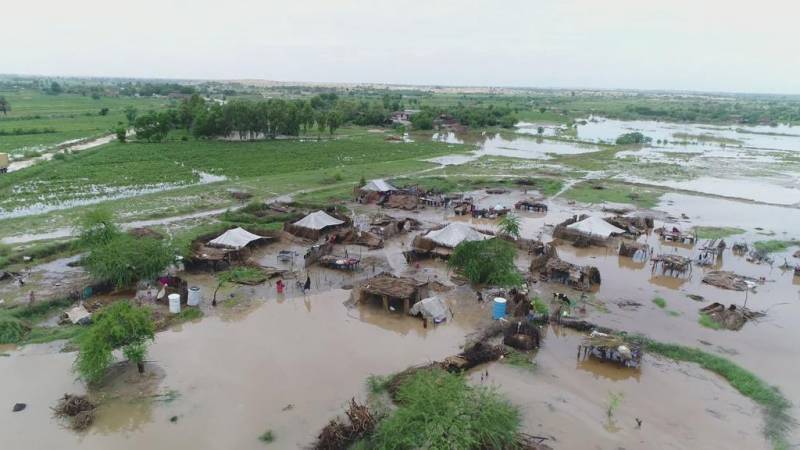 ISLAMABAD – China, the US, and other nations have taken note of the severe floods raging across the South Asian nation where tens of thousands were displaced after record rains.

The international community decided to provide humanitarian supplies as recent heavy monsoon rains and subsequent floods killed more than 900 people and injured nearly 1,300 others, creating a humanitarian crisis in Pakistan.

The neighboring country will provide another batch of emergency humanitarian supplies, including thousands of tents, and the Red Cross Society of China will provide $300,000 in emergency cash assistance to the Pakistan Red Crescent Society.

US Secretary of State Antony Blinken earlier reiterated to stand by the flood-ravaged country in hard times. He said $ 1 million dollars will be given to Pakistan to build resilience against natural disasters, saying the amount is in addition to one hundred thousand dollars in immediate relief.

Meanwhile, the UN team in Pakistan said it was boosting support to Pakistani authorities in the most flood-affected provinces, Balochistan and Sindh.

Officials reportedly mobilized $7 million to respond to the floods and provided 1,100 metric tons of food rations, and therapeutic feed, other than nutritional supplements.

EU’s humanitarian programs chief said the devastating floods have left a trail of destruction in South Asian nation, causing many to suffer the loss of their homes, livelihoods, and belongings.

She mentioned that funding provided by European Union will help get vital assistance to the most vulnerable people to support them during this hard time.

The record rains and floods have affected 2.3 million people, reports suggest while Sindh, and Balochistan remained the two most affected regions.