Taliban government in Afghanistan: Opportunities and Challenges for Pakistan
25 Aug, 2021 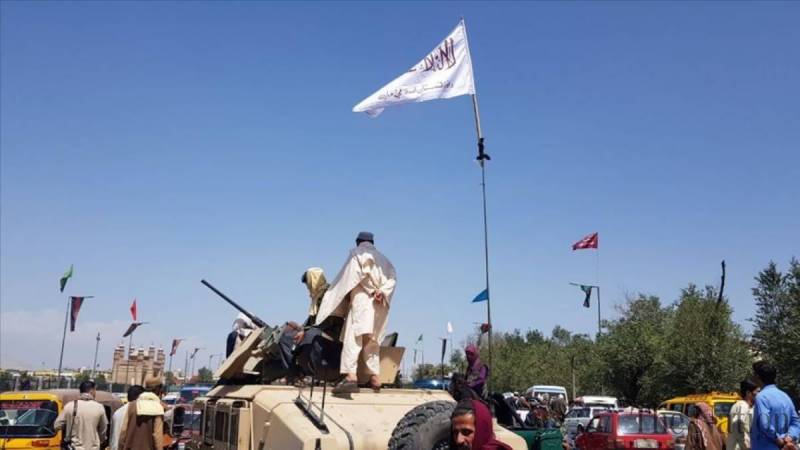 As the Taliban scramble to put up a new governance structure in Afghanistan, analysts reckon that neighboring Pakistan will carry a mixed bag of advantages and challenges under the upcoming regime in the war-torn country.

They also caution that things could not be as smooth as Pakistan is expecting from a "friendly" government in Afghanistan as the Taliban's "medieval ideology" may turn out to be a stalemate, not only for Pakistan but for the regional countries as well.

"The first and foremost advantage for Pakistan is that it will have a government in Afghanistan after decades, which is not inimical to it. It is indeed a great sigh of relief for Islamabad," retired Lt. Gen. Talat Masood, an Islamabad-based security analyst, said.

Masood foresaw a significant decline in anti-Pakistan activities allegedly carried out from the Afghan soil during the previous regimes.

Pakistan has long been accusing a "nexus" of Indian and Afghan intelligence agencies of patronizing the groups involved in cross-border attacks on its security forces.

The former Afghan government had denied the charges and itself accused Pakistan of patronizing the Taliban.

Another positive change, according to Masood who served in the Pakistan army from 1952 to 1990, will be strict border control.

"Given a strict discipline within the Taliban ranks, it is quite possible that drugs and smuggling activities through Afghanistan border will decline," he maintained.

Retired Brig. Mahmood Shah, a Peshawar-based expert on Afghan affairs, opined that the end of the war in the neighborhood is the core event to celebrate for Islamabad.

"The end of the war in Afghanistan is the biggest advantage for Pakistan. This war had inflicted terrorism on Pakistan. Peace in Afghanistan means peace in Pakistan," Shah stated while referring to over 70,000 casualties, and a colossal loss of more than $100 billion the country suffered since the US invasion of Afghanistan in 2001.

Also, he added, a significant reduction in Indian influence in Afghanistan following the Taliban takeover, is another gift for Pakistan.

"Nearly $3 billion Indian investment is in clear jeopardy. It does not mean the doors of Afghanistan have been shut for New Delhi but it would certainly not have the leverage to operate as it did during the previous regime," he argued.

Although, Pakistan contends it has no favorites in Afghanistan, its influence over the Taliban is viewed as crucial.

It was Pakistan that had arranged rare direct talks between Washington and the Taliban In December 2018, which led to the Doha peace deal in February 2020, and subsequently the withdrawal of foreign troops from the Afghan soil.

Islamabad had also facilitated the landmark first round of direct talks between the Afghan government and the Taliban in Pakistan in July 2015.

The process, however, broke down after the news of long-time Taliban leader Mullah Omar's death surfaced, triggering a bitter internal power struggle.

Ishtiaq Ahmad, an Islamabad-based expert on international affairs, viewed that the multi-billion dollar China-Pakistan Economic Corridor (CPEC), a flagship project of Beijing's Belt and Road Initiative, can be extended to include Afghanistan.

The $64 billion megaproject aims to connect China's strategic northwestern Xinxiang province to the Gwadar seaport through a network of roads, railways, and pipelines to transport cargo, oil, and gas.

Despite having a degree of influence over the Taliban, there might be some stinging differences between the Taliban and the regional countries, including Pakistan, the analysts observed.

And the Taliban's ideology tops the list of possible stalemates.

“Although, Pakistan will have a friendly government in Afghanistan, simultaneously it will be medieval and undemocratic,” Masood thought insisting that the Taliban's ideology could not be acceptable for a country like Pakistan.

“It (ideology) could once again affect Pakistan's bordering areas as it did during their first regime in Afghanistan and onwards,” he cautioned.

Pakistan's northwestern tribal belt, which borders Afghanistan, has long been a hotbed of the militant outfits inspired by the Afghan Taliban, forcing the Pakistan army to launch a full-scale offensive in the North Waziristan region in 2014.

Since then, the militants loyal to the Tehreek-e-Taliban Pakistan (TTP), the mother organization of several militant groups in Pakistan, have reportedly moved to Afghanistan.

Masood said that action against the TTP members operating from Afghanistan will be the Taliban's crucial test, considering the fact they had pledged allegiance to the militia's founding supreme leader, Mullah Omer.

"Ideologically, there is no major difference between the two. However, the Afghan Taliban have never supported the TTP attacks on the Pakistani security forces and civilians," he added.

But, he opined, handing over the people who are their ideological allies to Pakistan would not be easier for the Taliban.

"Taliban have learned a lot. They know they are in isolation and cannot afford it to linger on. Also, they cannot afford to lose a supporter like Pakistan," he said, contending: "But if they fail to act against the TTP, it will definitely annoy Pakistan, and could lead to lack of confidence and trust between the two sides."

After the formation of the government, according to Ahmad, the key challenge for Pakistan and other regional countries, especially Russia, China, and Iran, will be to ensure that the Taliban strictly comply with their commitments on not letting the Afghan soil being used by terrorists, in addition to promises on women and minority rights, freedom of speech and relations with the world.

According to Brig. Shah, who served as the country's security chief along the tribal belt with Afghanistan from 2002 to 2005, the Taliban are fully capable of taking action against the TTP.

“Even if the Taliban do not take any action, the TTP will no longer be a potential threat to Pakistan due to shutting off of its funding and logistic support,” he said, in a thinly-veiled reference to India.

“Pakistan is not totally depending on the Taliban. It itself has taken several steps in the recent past, including fencing of the border with Afghanistan, to contain the illegal cross-border movement,” Shah maintained.

Pakistan says it has completed 90% of fencing along the 2,640 kilometers (1,640 miles) porous border with Afghanistan, known as the Durand Line.

Interior Minister Shaikh Rashid Ahmad told reporters on Monday that the Taliban have assured they will not allow any group or individual to act against Pakistan from the Afghan soil.