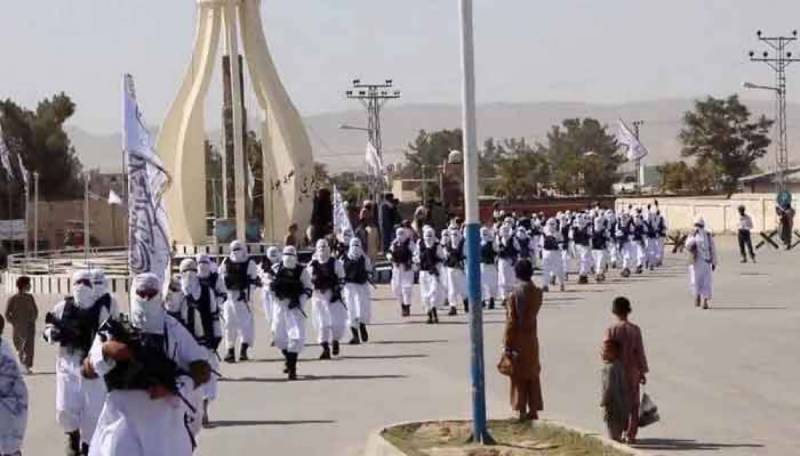 Days after the fall of Kabul, the Taliban have begun appointing several people to key government offices, with the most recent appointment being of a former Guantanamo detainee as acting defence minister of Afghanistan.

The Taliban have asked the United States not to encourage the Afghans to leave their homeland, saying they are "not in favour" of such a move — as they aim to form an "inclusive" government in the war-torn country.

The newly appointed officials are:

In a related development, an emergency meeting of the G7 leaders on Tuesday decided to hold the Taliban accountable for their actions in Afghanistan vis a vis protection of women's rights and prevention of terrorism.

"We reaffirm that the Taliban will be held accountable for their actions on preventing terrorism, on human rights, in particular, those of women, girls and minorities and on pursuing an inclusive political settlement in Afghanistan," said a statement issued by Downing Street after British Prime Minister Boris Johnson convened the meeting.

The Taliban must "guarantee" safe passage for those fleeing Afghanistan beyond the current August 31 evacuation deadline, the G7 agreed.

Johnson said that he and his colleagues had agreed "a roadmap for the way in which we're going to engage with the Taliban" in the future.

But he added that the "number one condition" was "to guarantee... through August 31 and beyond, a safe passage for those who want to come out."

The UK chaired the emergency talks among the group of wealthy countries on Tuesday, saying it would urge Biden to extend his August 31 deadline to pull American forces out of Afghanistan.

France also called on Washington to push back the timeline.

However, Biden decided after the G7 talks that he would stick to the deadline, US media reported.

Britain's Defence Secretary Ben Wallace said earlier Tuesday it was "unlikely" evacuations from Afghanistan would be extended beyond August 31.

A spokesman for the Taliban on Monday warned that the group would not agree to any extension, calling the issue a "red line", with any delay viewed as "extending occupation".

"If the US or UK were to seek additional time to continue evacuations -- the answer is no. Or there would be consequences," Taliban spokesman Suhail Shaheen said.