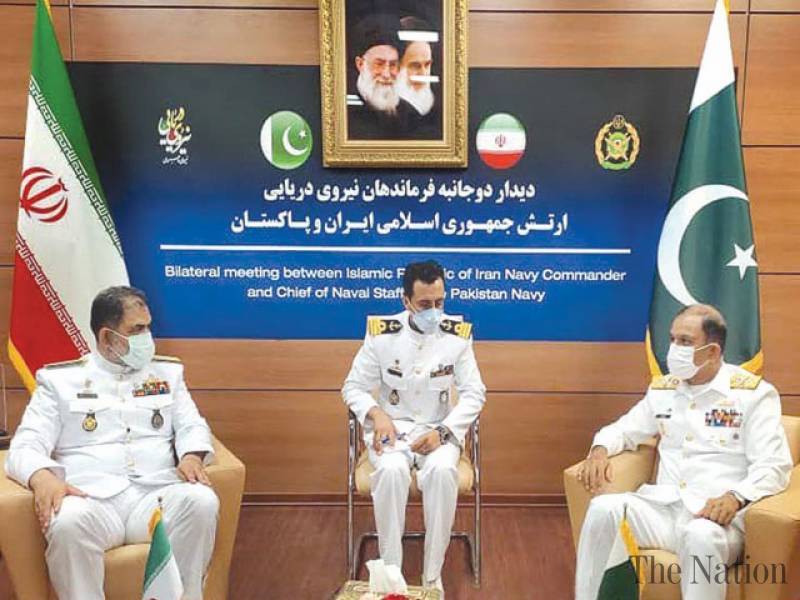 During meeting with Commander IRIN, the Naval Chief link was given detail briefing on roles and objective of Iran Navy. Besides, professional matters of mutual interest including bilateral naval collaborations and security environment of Indian Ocean Region were discussed.

The dignitaries agreed to enhance bilateral collaboration between the two countries in general and Navy to Navy in particular. Afterwards, Naval Chief link laid floral wreath at the Martyrs monument at the National Museum of Defence.