Dozens of Pakistani doctors and nurses go on hunger strike over non availability of PPE for frontline paramedics
25 Apr, 2020 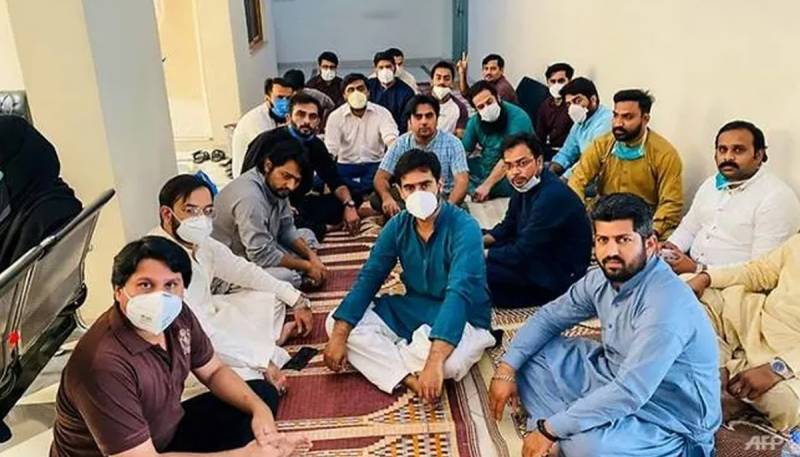 LAHORE: Dozens of Pakistani doctors and nurses have gone on a hunger strike to protest against the lack of personal protective equipment (PPE) available for frontline medical staff treating coronavirus patients.

Health workers have complained for weeks that the country´s hospitals are suffering chronic shortages of safety gear, prompting the arrest of more than 50 doctors who called for more supplies in the city of Quetta earlier this month.

The frontline staff has been left vulnerable, with more than 150 medical workers testing positive for the virus nationwide, according to the Young Doctors´ Association (YDA) in the worst-hit Punjab province.

The protesters have kept working in their hospitals while taking turns to demonstrate outside the health authority offices in the provincial capital Lahore.

"We do not intend on stopping until the government listens to our demands. They have been consistently refusing to adhere to our demands," said doctor Salman Haseeb.

Haseeb heads the province´s Grand Health Alliance, which is organising the protest, and he said he had not eaten since April 16.

"We are on the frontline of this virus and if we are not protected then the whole population is at risk," he told AFP.

The alliance said about 30 doctors and nurses were on hunger strike, with up to 200 medical staff joining them each day for demonstrations.