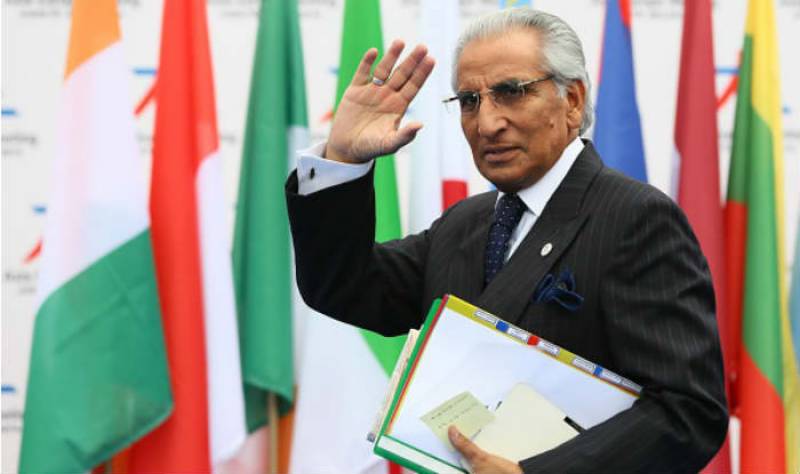 Special Assistant on Foreign Affairs Syed Tariq Fatemi has said that he is not resigning over the Dawn Leaks inquiry report which termed him and Principal Information Officer Rao Tehsin responsible for feeding of the sensitive news story.

Tariq Fatemi attended at least three meetings in the foreign office today and he claimed that he has nothing to do with Dawn Leaks and none has demanded his resignation.

Tariq Fatemi called on Prime Minister Nawaz Sharif during which the said report was also discussed. Rumours were circulating that it is expected that the PM’s Special Assistant may resign soon.

The report had recommended the All-Pakistan Newspapers Society (APNS) to take action against the newspaper which ran the story on October 6, 2016.