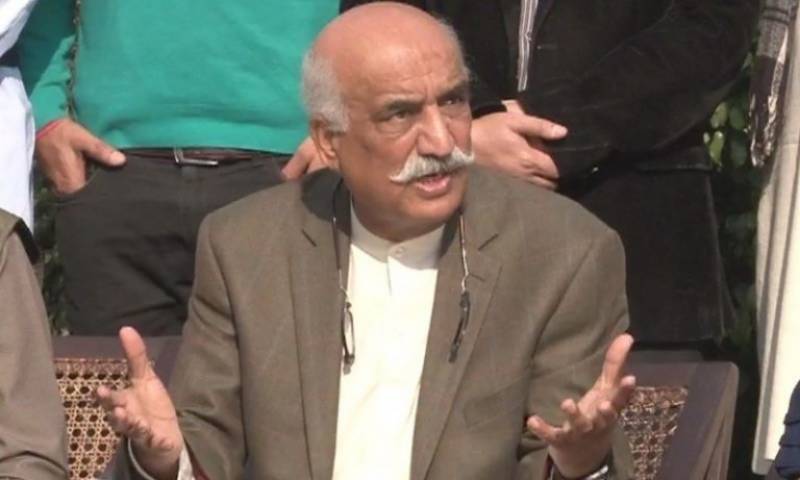 SUKKUR – National Accountability Bureau (NAB) on Tuesday gave yet another worst blow to PPP leader Khursheed Shah in his case of Assets Beyond Means.

NAB has raided the house of Pakistan Peoples Party (PPP) leader Khurshid Shah, who is under-custody in a case pertaining to assets beyond income source.

According to details, the anti-corruption watchdog searched rooms of Shah’s wife and children. Chartered accountant and civil and mechanical engineers were also present on the occasion.

On September 18, Khurshid Shah was arrested by the anti-graft body in assets beyond known source of income case from his residence in Bani Gala, Islamabad.