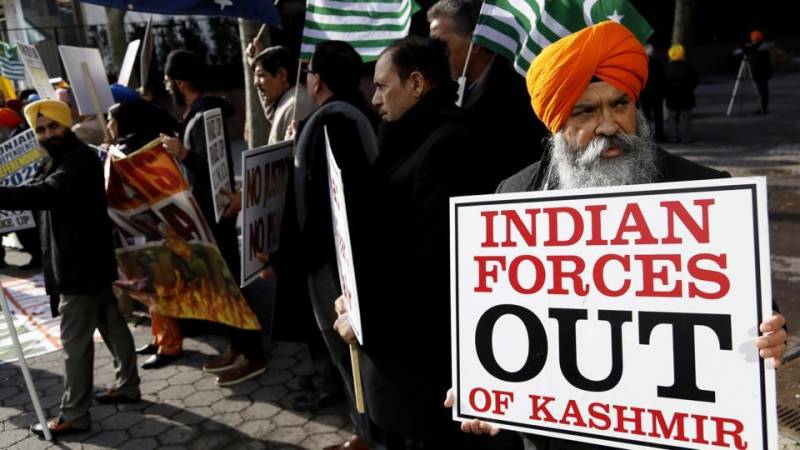 However, outside the UN building protesters comprising of Sikhs and Kashmiris raised slogans against the Indian government and said that India’s state sponsored terrorism should be put into light in the world forum.

They said that Modi’s ideology is based on extremism. Earlier, Prime Minister Abbasi had lambasted India over oppression in Kashmir and its malicious role in Afghanistan.