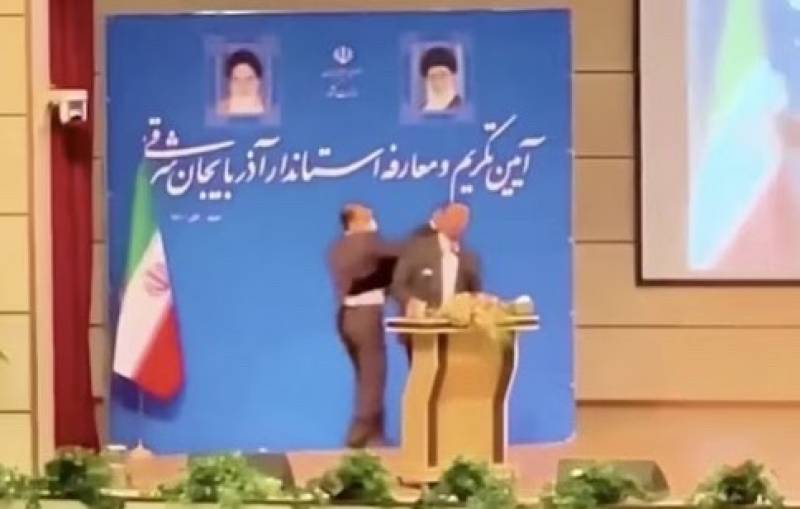 Video of the assault circulated on social media, showing a man running on stage and slapping link Governor link Abedin Khoram just as he was about to deliver a speech in the presence of Interior Minister Ahmad Vahidi.

Stewards then threw the attacker out of the meeting hall.

IRNA said it was the 55-year-old's first public appearance since his appointment as governor link by ultraconservative President Ebrahim Raisi last Sunday.

"According to some sources, the attacker was an employee of the (Guards') Ashura Corps with personal motives," it said.