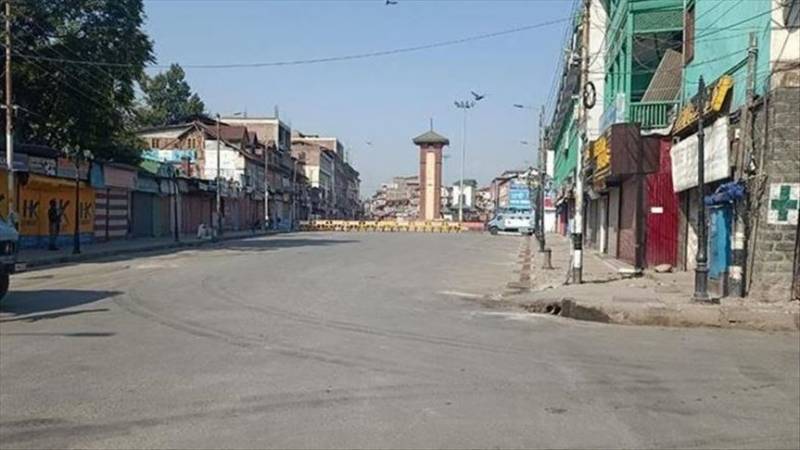 Pakistan was urged Friday to appoint a special envoy on Kashmir who could put together efforts for the country towards resolution on Kashmir.

The demand was put forth at a conference in Islamabad where speakers debated challenges, mistakes and a way forward on the Kashmir dispute.

"There is a dire need for Pakistan to continue with its longstanding and consistent stance on Kashmir," said Pakistan's former ambassador to India, Abdul Basit.

The Legal Forum for Oppressed Voices of Kashmir hosted the conference, Kashmir's prolonged military occupation: Lessons from past and the way forward.

"Pakistan cannot afford to engage India bilaterally as New Delhi is not willing to change its position on Kashmir,” said Basit as he urged Prime Minister Imran Khan to appoint a special envoy. "Kashmiris are ready to make any sacrifice but Pakistan needs to take a decision whether its resolve is as strong as of Kashmiris."

“The then leadership of Kashmir under Sardar Ibrahim Khan waged a war of liberation and freed Azad Kashmir from occupational forces of India," he said. "The first genocide of Kashmiris was committed by Indian forces in Jammu soon after partition of the sub-continent."

Khan said Kashmir is not a bilateral issue between Pakistan and India but "Kashmir is an international issue and any dialogue must be held under the auspices of United Nations as the UN had guaranteed Kashmir resolution."

Pakistan's Parliamentary Committee on Kashmir Chairman Shehryar Khan Afridi told the conference that Indian Prime Minister Narendra Modi's "expansionist agenda" had been exposed to the world and "it can no more keep its occupation" of Jammu and Kashmir.

He referred to recent remarks by US President Donald Trump about India as "a diplomatic snub for Modi as India was facing international isolation."

Referring to the ongoing conflict in Nagorno-Karabakh, Afridi said: “The war between Azerbaijan and Armenia reflected the failure of United Nations Security Council in resolution of territorial conflicts and Kashmir could spark a new war between Pakistan and India if the United Nations failed to play its due role in resolving Kashmir dispute."

"The United Nations needed to learn from the fate of the League of Nations. The UN is also fast losing its purpose and Kashmir resolution was its biggest test," said Afridi, who is also a federal minister in Khan's Cabinet.

Afridi urged the international community to "take notice of the crimes against humanity that were being carried out by the fascist regime of Narendra Modi under the influence of terrorist Rashtriya Swayamsevak Sangh [RSS] which wanted to make India into a Hindu Rashtra."

The RSS is a right-wing Hindu nationalist, paramilitary volunteer group.

"India has willfully destroyed the economy in occupied Kashmir and under a systematic genocide, the Indian regime was handing over Kashmiri properties to people from mainland India," said Shah, suggesting a third country take the Kashmir issue to the International Court of Justice like Gambia took the case of Rohingya against Myanmar in 2019.

Urging Pakistan to widen the scope of the Kashmir Committee's area of engagement, Baba demanded the time has come to make the All Parties Hurriyat (Freedom) Conference "viable" and the Pakistan government "issue passports to those Kashmiris who are actively working for Kashmir in different parts of the world."

Baba said Azad Kashmir should be declared a "base camp of the liberation movement of Kashmir." - Anadolu Agency