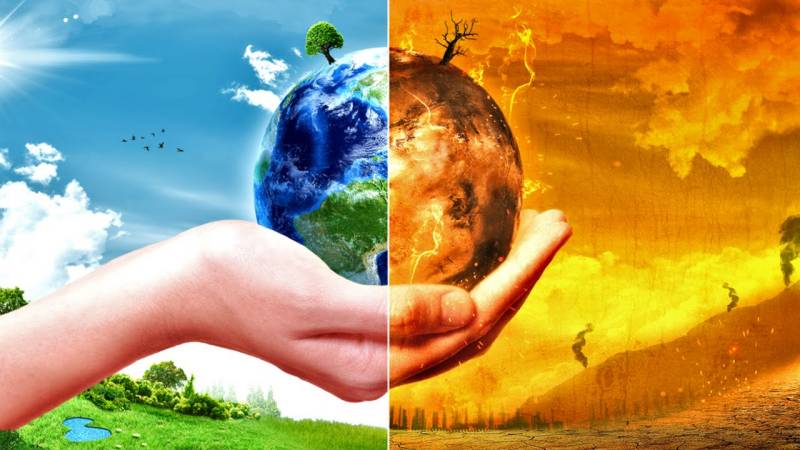 GENEVA (APP) - The concentration of carbon dioxide (CO2) in the atmosphere averaged a record 400 parts per million in 2015, an ominous milestone for the planet's health, the UN said Monday.

The greenhouse gas has previously passed the 400 ppm threshold on certain months in specific locations but never on an annual global basis, the United Nations World Meteorological Organization said.

In its latest Greenhouse Gas Bulletin, WMO also reported that CO2 concentration rates had "surged again to new records in 2016" and predicted the annual average would stay above 400 ppm "for many generations."

The concentration of CO2 spiked in part because of a strong El Nino, the whether phenomenon that occurs every four to five years with a broadly warming effect.

El Nino "triggered droughts in tropical regions and reduced the capacity of 'sinks' like forests, vegetation and the oceans to absorb CO2," WMO said.

But the head of the Geneva-based agency, Petteri Taalas, warned against complacency just because El Nino has subsided for now.

"The El Nino event has disappeared. Climate change has not," he said.

Taalas called CO2 "the elephant in the room" in the battle to rein in climate change.

He applauded the landmark deal reached in Rwanda's capital Kigali earlier this month to phase out hydrofluorocarbons, a category of dangerous greenhouse gases widely used in refrigerators and air conditioners.

But he said that without similarly bold action against C02 emissions, the world will fail to meet the goals laid out in the historic Paris Agreement on climate change.