BCCI and Indian cricket team under fire for demanding only halal meat in food plan
24 Nov, 2021 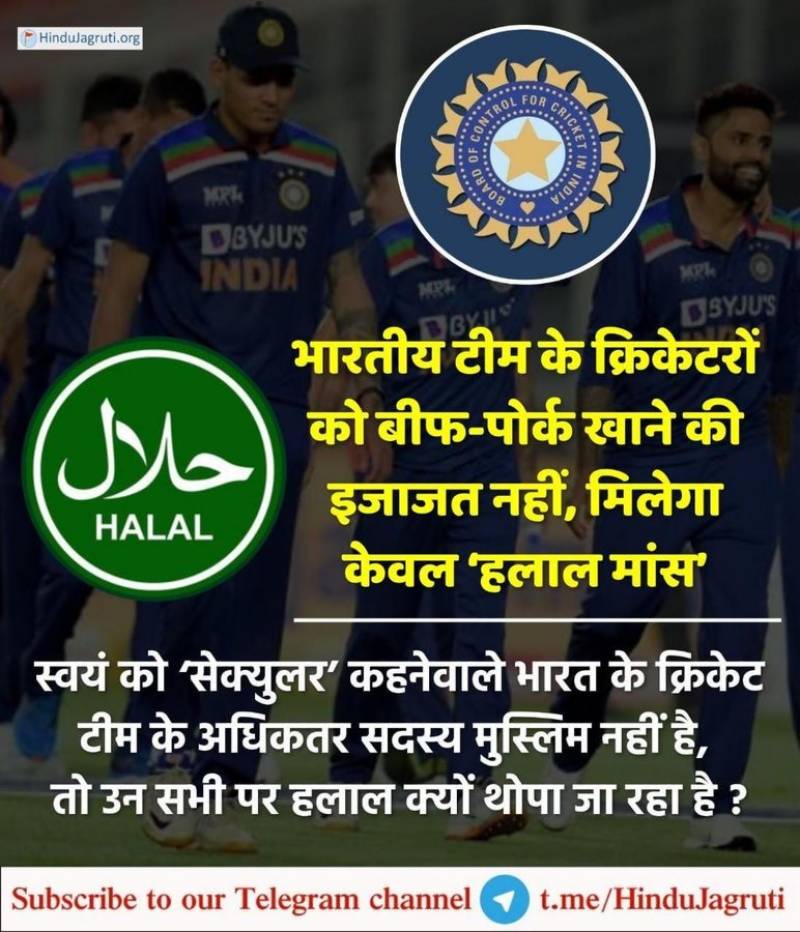 BCCI and Indian cricket team find themselves tackling a new controversy and it has nothing to do with cricket.

Before India's first Test against New Zealand in Kanpur, the team sent their deitary requirements to the host state, which here is Uttar Pradesh Cricket Association (UPCA). Not just food plan, the team shares the security and logistical plans with the host board. ALSO WATCH link#

So, as per the protocols, Indian team shared the dietary plan and this time around the same plan has landed them in the hot waters.

According to a report in *India Today*, BCCI has asked for Halal meat in their diet, which has irked many fans.

"No pork and beef whatsoever in any form and variety. All meat must be Halal," is written as part of the catering requirements for Team India for the Kanpur Test and marked as 'important'.

The news was trending on twitter as many fans were apparently upset by this development.

The crux of the matter is that Halal meat is consumed by muslim community.

Many users believe that not all Indian cricket team members are muslims and hence it is not right to serve only Halal meat. Hence, there was a huge uproar in social media.