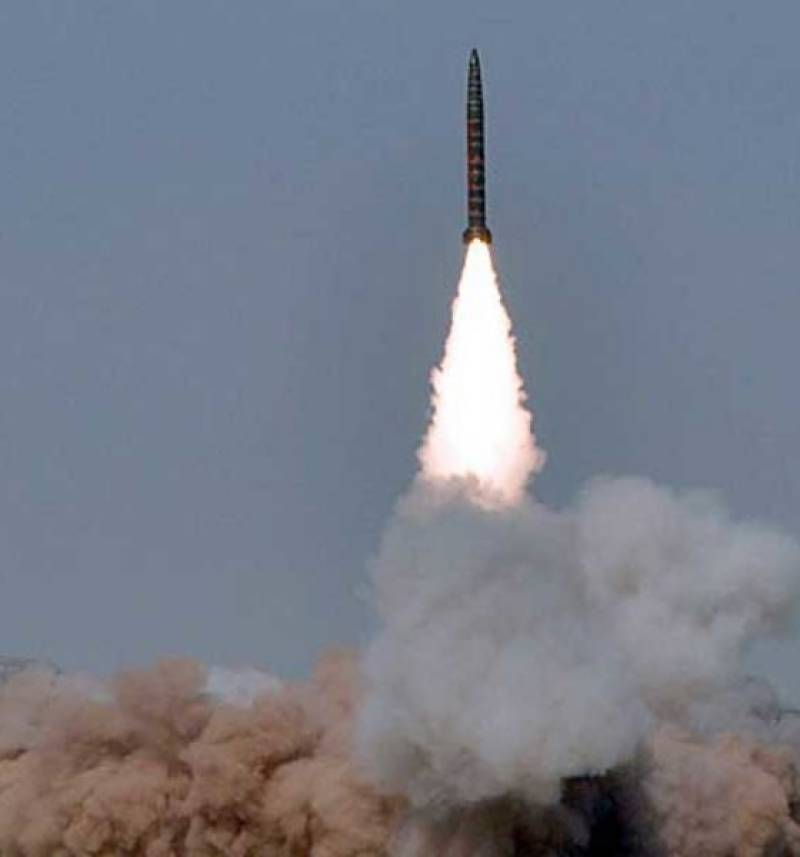 Warfare is a constant phenomenon of human history. To ensure its survival, man has always endeavored to acquire more potent weapon systems. The Final year of World War-2 witnessed the advent of nuclear age when US dropped an atomic bomb on Japan. This gave birth to a new debate in International Relations. US and USSR are the pioneer of the nuclear era and the Cold War saw a significant development in the theory and practice of nuclear weapons. In 1956, the Soviet Union fielded a Zulu-Class submarine equipped with one Scud ballistic missile. This was to strike back the US with nuclear weapon in the event of massive American strike against the land based weapons of USSR. This was the genesis of the Second Strike Capability. It is a concept which suggests to have nuclear weapons safe from first strike of the adversary so that it could be used for retaliation.

This will deter the adversary from carrying out a first strike. A submarine is considered as a reliable platform for assured and credible second strike capability. Pakistan and India are adversaries since 1947. Both the countries have fought many wars. The year 1998 saw the advent of nuclear weapons in South Asia when India and Pakistan became an overt nuclear weapons state. Since then, both the countries are involved in nuclear arm race and in this arm race India had attained the second strike capability with the induction of INS-Arihant which is a nuclear powered ballistic missile submarine.

Pakistan and India are rivals since their independence from British. There is a security dilemma between these two states. Due to which Pakistan and India both are indulged in arm race. The stance of Pakistan is always reactive. Pakistan always responds to the action taken by India like attainment of nuclear arsenals, second strike capability. Indian aggressive nuclear programs causes strategic instability in the region. Pakistan response is always aimed at balancing against India to ensure strategic stability of South Asia. In 2004, India made a comprehensive plan for the modernization of its nuclear force. It also included the development of four indigenous nuclear powered ballistic missile submarines (SSBN).

In 2010, India started its work and in 2018 the Indian Navy launched its first nuclear powered ballistic missile submarine, INS Arihant. Through this submarine India attained its second strike capability and three submarines are under work. To bring parity, Pakistan made modifications in its conventional submarines that uses an air independent propulsion system, and equipped them with a modified cruise missile, Babur-III. This is considered as a second strike capability for Pakistan.

Now the debate is that whether the Pakistan’s second strike capability is credible or not. For the credible second strike capability, possession of an SSBN is crucial as it stays under the water for a longer period of time without being detected. Such kind of characteristics is present in INS Arihant whereas Pakistan have conventional submarine which cannot stay for a longer period of time under water. Currently, Pakistan has modified only one of its submarines. Due to maintenance and logistic issues, one submarine cannot be remained in waters all the time, thus compromising the deterrence.

Secondly, Pakistan has incorporated short range cruise missile in its submarine with the range of 450 km which only threatened the coastal cities of India like Mumbai. If India moves all its land based arsenals far from the range of Pakistan then Pakistan’s second strike capability would not be able to annihilate its land based nuclear arsenals. So here is a limiting factor in second strike capability of Pakistan. For a true and credible second strike, at least a medium range submarine launched ballistic missile is vital.

Lastly, a robust Nuclear Command, Control and Communication (NC3) system also plays a very crucial role in ensuring the deterrence. This is a hierarchy of national command authority that explains the chain through which order of strategic launching is passed to the commanding officer of the launch platform, submarine in this case. This mechanism is made to prevent unauthorized/accidental launch of nuclear weapon. A robust communication network is required for communicating the order. To communicate the order from National Command Authority for the launch of Babur-III missile, there must be a proper Nuclear Command, Control & Communications system. At present, this is a challenge for Pakistan because ordinary communication methods are not suitable for nuclear operation. So this mechanism of command and control is in its early stages in Pakistan. This command and control system of Pakistan may compromise its deterrence.