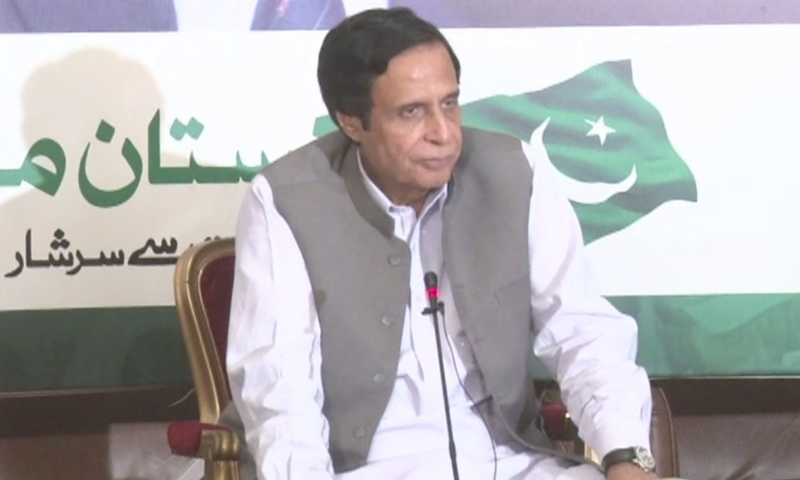 He declared that the Jamiat Ulema-i-Islam-Fazl (JU-F) had not been given any assurances regarding resignation of Prime Minister Imran Khan and dissolution of assemblies to end its Islamabad sit-in.

Commenting on the statement of JUI-F Senator Maulana Abdul Ghafoor Haideri, Mr Elahi said: “No such assurances -- resignation of the prime minister or dissolution of assemblies – were given to the JUI-F (chief Maulana Fazlur Rehman) to end its Islamabad sit-in.”

Senator Haideri the other day disclosed that Chaudhry Pervaiz Elahi had assured the JUI-F (during the sit-in) that the premier would resign and the assemblies be dissolved.

“We had ended our sit-in (on Nov 13) after getting certain assurances by some trustworthy persons and Mr Elahi had become a guarantor,” he had claimed.