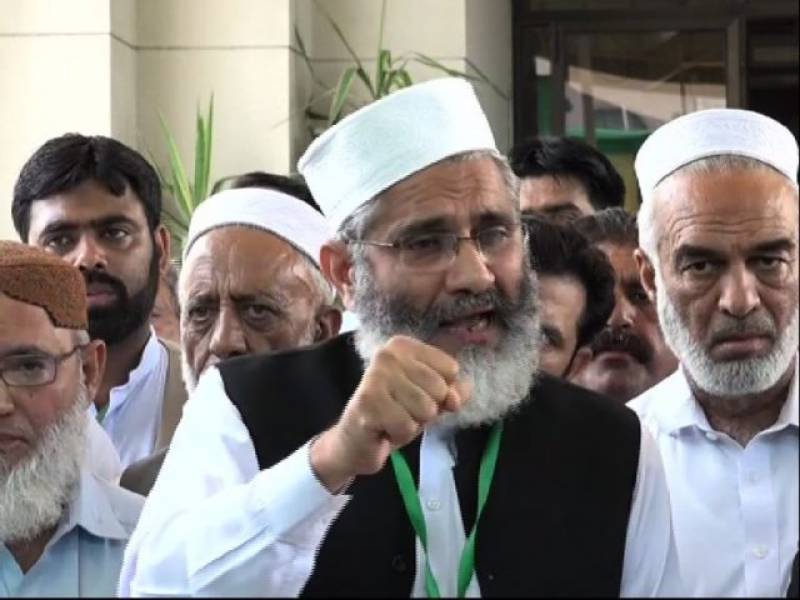 *Jamaat-e-Islami will be heading to Islamabad for a protest on December 22. *Addressing a youth convention on Sunday, JI chief Sirajul Haq said that they would go to Islamabad to wake the rulers up.

Haq said because of the PTI government’s ‘*tabdeeli (change)’, *people had been sent to their graves. Instead of making factories, the government is making soup kitchens, he criticised, adding that the youth of the country don’t accept loans taken on interest.

He said the nation’s children aren’t safe with this PTI government.