What does ISI report say about the Faizabad Interchange sit-in
24 Nov, 2017 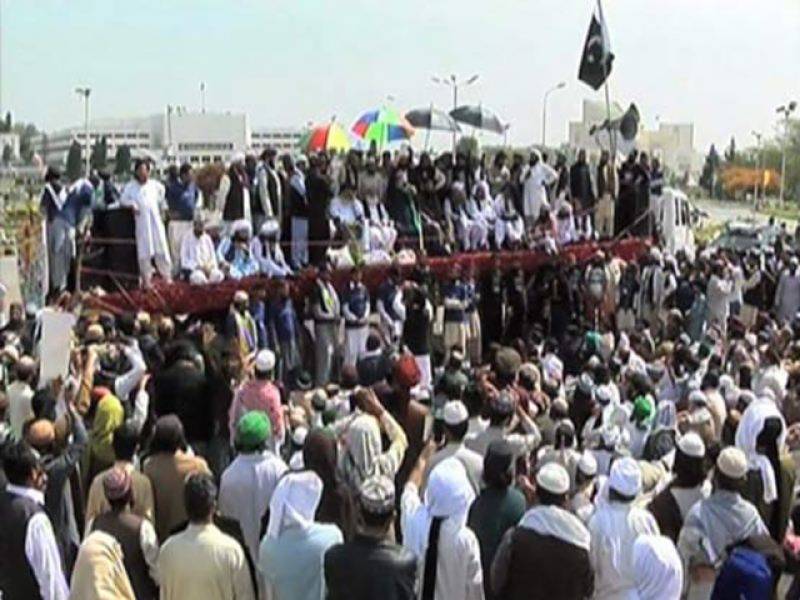 ISLAMABAD – The top spy agency of Pakistan Inter-Services Intelligence has told the supreme court that the religious groups staging a sit-in at the Faizabad interchange Islamabad were pursuing political motives.

In its report submitted to the top court regarding the suo moto notice taken by a two-member bench pertaining to the ongoing protest, the spy agency revealed that the protesters were on roads in a bid to gain popularity ahead of the next general elections.

The report which was made public by the apex court as it issued the written judgment of yesterday’s proceedings also stated that the actions of demonstrators were in contradiction to Islamic injunctions.

In its order, the top court remarked that the use of force was not necessary to evict the religious parties that were occupying the thoroughfare from last 17 days.

It also declared that Islam was a religion of peace and the same was the essence of its teachings.

Quoting the Attorney General of Pakistan Ashtar Ausaf, the order highlighted that the protesters did not seek permission prior to their arrival in the capital.

‘The report submitted by intelligence agencies fails to answer multiple queries including who was financially supporting the groups’ the order continued.

The supreme court observed that the protesters were not following the bindings of religion instead they were resorting to illegal practices.