Only evidence against Hafiz Saeed was Ajmal Kasab who was arrested by RAW even before the attack
24 Nov, 2017 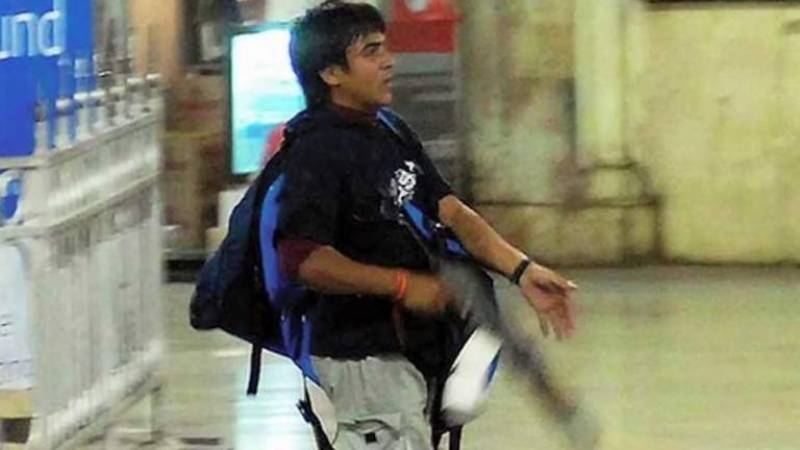 DELHI – Why India makes hue and cry about the JuD Chief release when the evidence against Hafiz Saeed involvement in Mumbai Attacks comes from Ajmal Kasab about whom Indian former IG Police writes that he was arrested by the RAW before the attack.

Former Indian inspector-general S M Mushrif has claimed that  Ajmal Kasab was arrested before 2006 from Kathmandu by the Indian agency RAW with the help of Nepalese forces.

In his explosive book called ‘Who killed Karkare?’, Mushrif said that there were six individuals involved in the CST-Cama-Rangbhavan operation.

Mushrif claims that Ajmal Kasab, the only alleged attacker captured alive, was already in police custody, and there is no evidence linking him to the attack.

Anita Uddaiya, a witness who not only saw the attackers land at Badhwar Park but actually spoke to them, confirmed there were six individuals, and that Kasab was not one of them. Uddaiya was ultimately dropped as a prosecution witness and had a police case filed against her when she refused to change her story; yet she was able to identify the bodies of the six in J J Hospital, suggesting that she was a reliable witness.

The book further claims that reports as well as a transcript of police communications established that the two gunmen in a vehicle intercepted by the police at Girgaum Chowpathy were both killed, so Kasab could not have been one of them. The much-publicised photographs of Kasab at the station could have been taken before or even after the incident, if he was in the custody of the IB.

From his experience as a police officer, Mushrif opines that recovering DNA samples or fingerprints from a fishing trawler or inflatable dinghy that had been at sea for hours would have been essentially impossible. He pours scorn on the “ridiculous” procedure whereby an accused whose pictures had been publicised for months was purportedly “identified” by witnesses, Himalmag writes while reviewing the book.

The book surmises that Ajmal – like many others – was arrested for the sole purpose to be presented as a substantial ‘evidence’ for ‘terror attacks’ even before they took place. The author went on to say that the practice of kidnapping innocent people from Kathmandu and presenting them as terrorists after keeping them in custody is very common in India.