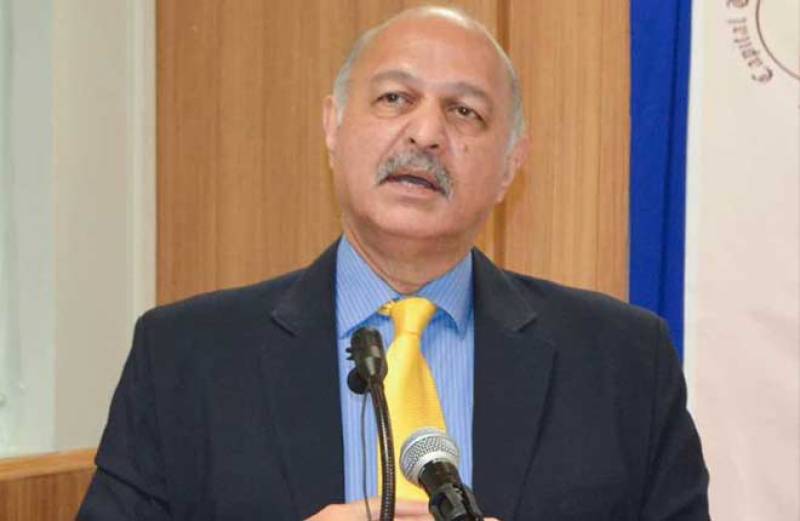 ISLAMABAD: Asian Parliamentary Assembly (APA) unanimously elected Syed Mushahid Hussain as the Vice President in charge of Political Affairs Committee. It was also decided that Pakistan will be the next President of APA for two years requesting the Senate of Pakistan to host the APA during 2020-21, said a press release received here from Turkey on Thursday.

Thanking the Parliamentary leaders of Asia, Senator Mushahid Hussain said that 'Pakistan will continue to play a leadership role in the quest for an Asian Parliament' adding  'among our founding fathers, the great poet Dr Allama Muhammad Iqbal had predicted the resurgence of Asia and the rise of China in his poetry over 80 years back'.

He also presented the report of the Special Committee on the Asian Parliament which is established by the Senate of Pakistan, under APA mandate.

In his speech to the APA plenary as leader of the Pakistan Delegation, Senator Mushahid Hussain said that 'in accordance with the prediction of Allama Iqbal, the balance of economic and political power is shifting from the West to the East, and the Belt and Road Initiative of Chinese President Xi Jinping is the single most important diplomatic and developmental vision in the 21st Century'.

Referring to the 'Asian spirit of resilience of the people of Pakistan', Senator Mushahid Hussain termed Pakistan as a 'robust and resilient democracy', saying that 'Pakistan has hosted the largest refugee population for the longest period and Pakistan has also fought the longest and most successful inland war on terrorism, as the biggest victim of terrorism, suffering 70,000 casualties, soldiers and civilians'.