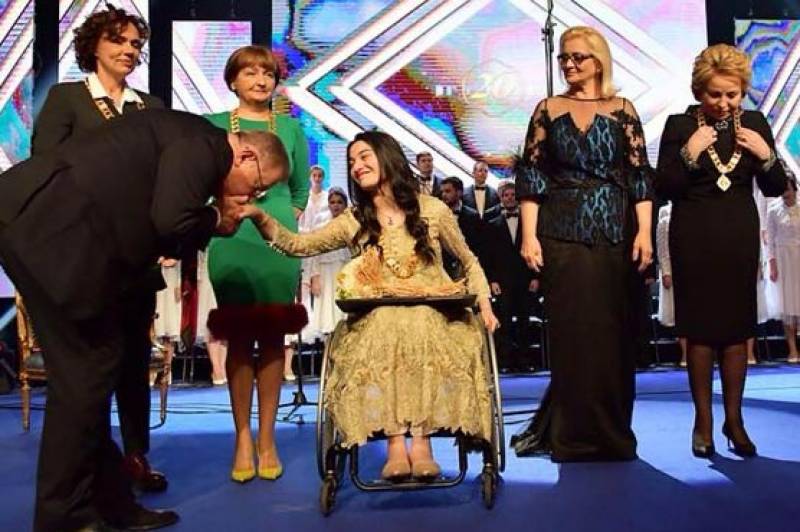 BELGRADE – UN Goodwill Ambassador to Pakistan, Muniba Mazari, was awarded an international award for her humanitarian services during an event in Serbia.

She was honored during an event organised in Serbia by the Karic Foundation. She thanked the organisers in her Facebook post saying, “Thank you Serbia and #KaricFoundation for acknowledging the efforts and thank you for giving this huge honour! #karicawards.”

People praised Mazari for her achievements while several Pakistanis expressed pride over the landmark.

Mazari was not only named Pakistan’s first Goodwill Ambassador to UN but was also considered the part of top 100 women for 2015 by BBC. She came in the Forbes’ list of 30 under 30 during 2016 under Media and Marketing Category.

She had sustained injuries at the age of 21 when she met a severe car accident which is why she uses a wheelchair. Mazari is a human rights and women rights activist in the country. She also sings, hosts and performs art regularly. Being an accalimed motivational speaker, Muniba has participated in TEDx, Entrepreneurs  Organization (EO), Young presidents  Organization (YPO), and many other events.