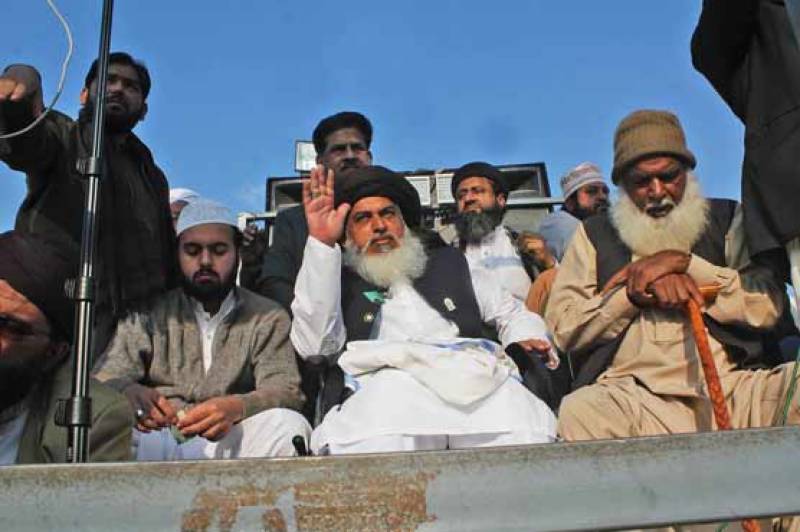 ISLAMABAD  – Ministry of Interior on late Friday decided to conduct operation against the protestors in Faizabad sit-in after the repeated failed talks with the Tehrik-e-Labaik leaders.

Sources revealed that the Interior Ministry directed the local administration and police to prepare for the operation which will be held on Saturday morning.

The federal government initiated talks with the protestors on several occasions during the last two weeks, but all went in vain. The protestors have continuously demanded of the resignation from Law Minister Zahid Hamid over the alleged exclusion of Khatm-e-Nabuwwat clause in the nomination papers to which he denies. Both the parliament houses had restored the Khatm-e-Nabuwwat clause in the nomination papers in its original form through the Elections (Amendment) Bill 2017.

According to sources, the Faizabad sit-in will be dispersed by firing shells and water cannons from all sides. Special teams have been formed to arrest the leaders amongst protestors.