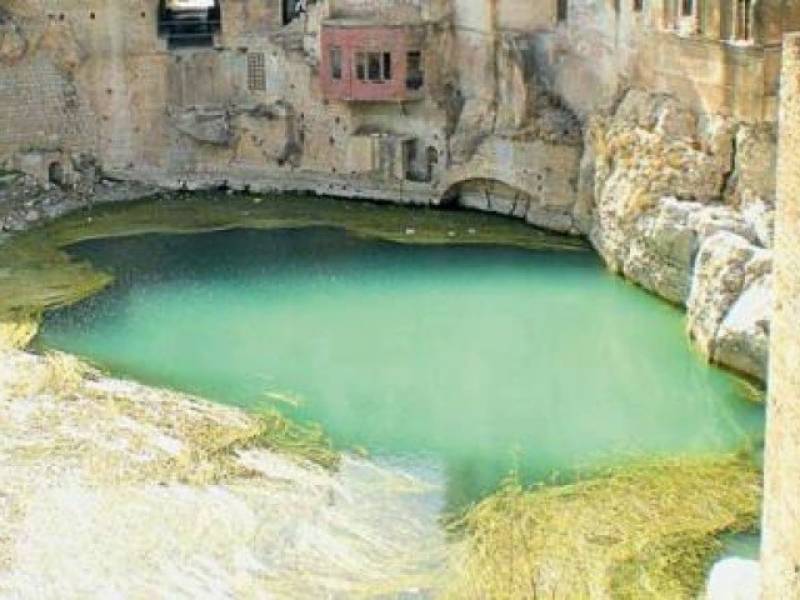 ISLAMABAD: The Supreme Court on Thursday directed the government to form a committee to probe the issue ofdrying of Katas Raj temple pond and adjourned hearing of the suo moto noticecase till November 30.

A three-member bench ofthe apex court headed by Chief Justice Mian Saqib Nisar heard the suo motu casetaken up on the basis of media reports that the Katas Raj temple complex pondwas drying up because cement factories nearby were drawing a large amount ofwater through a number of sub-soil wells, severely reducing the water table inthe general area.

The court was informedthat almost every home in Katas Waulah and Choa Saidan Shah, two settlementsnear the temple, draws water through bored wells due to the absence of a properwater supply network. The unchecked plantation of eucalyptus saplings in theregion has compounded the problem, the apex court was told.

The additional advocategeneral said that water usage of a cement factory operating in the area isgreater than the entire population of the city of Chakwal.

Chief Justice Saqib Nisarremarked that this temple is not just a place of cultural significance for theHindu community, but also a part of our national heritage.

"I want a solution tothis problem," he added.

The CJP ordered theadvocate general Punjab to establish a high-level committee to probe the matterand decided to issue a notice to the cement factory.

"If necessary, wewill even summon all four chief secretaries and the prime minister's principalsecretary," he said, adding that experts would need to be taken on board. TheCJP stressed the importance of protecting the rights of minority communities.

Attorney General AshtarAusaf, who was earlier absent from court, arrived after a short break in thehearing following CJP Nisar's dissatisfaction over his absence.

Ausaf was directed to forma committee on the matter and become an assistant to its members. The CJP alsosuggested that an ordinary citizen of Chakwal, retired Gen Safdar, who oftenraises his voice about the issue, be included in the committee.

"Our goal is to finda solution to the matter of how water can be provided," CJP Saqib Nisar remarked."If we need to close down 10 tube-wells or halt the water consumption ofthe factories, we will do it," he added.

The chief justice lamentedthat the cement factories appeared to have cut away more than half themountains in the area.

He stressed that the court was not against the setting up of factories, but they should be located in places that do not cause inconvenience to ordinary citizens.

"It is unacceptable to live without access to clean water or air," the CJP remarked.