Hafiz Saeed says upon release "Thanks Allah that we were vindicated"
24 Nov, 2017 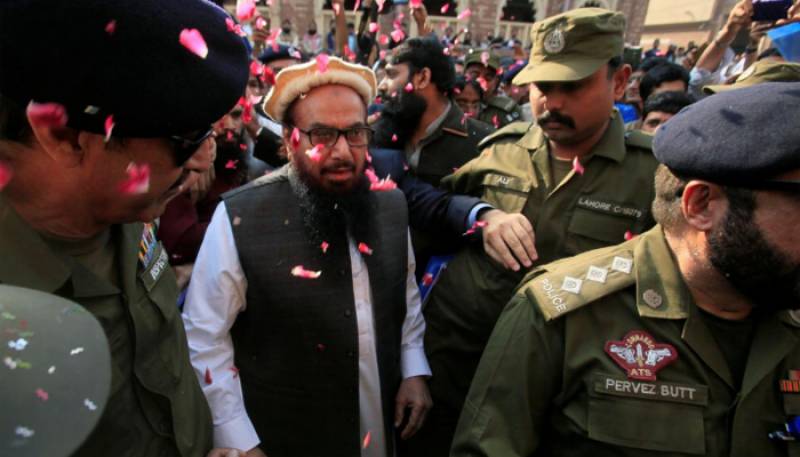 LAHORE: Hafiz Saeed, who is accused by the US and India of masterminding the 2008 Mumbai attacks, has been released from house arrest on Friday.

Hafiz Saeed, who has a $10 million U.S. bounty on his head, had been under house arrest since January after living freely in Pakistan for years, a sore point in Pakistan’s often fraught relations with both the United States and India.

Saeed has repeatedly denied involvement in the 2008 Mumbai attacks in which 10 gunmen attacked targets in India’s largest city, including two luxury hotels, a Jewish centre and a train station in a rampage that killed 166 people.

The assault brought nuclear-armed neighbours Pakistan and India to the brink of war.

“I’m happy that no allegation against me was proved, which could have done damage to me, or my country’s interests,” Saeed told supporters after his release in the city of Lahore, according to a video released by the Jamaat-ud-Dawa (JuD), which he heads.

“Thank God, we were vindicated.”