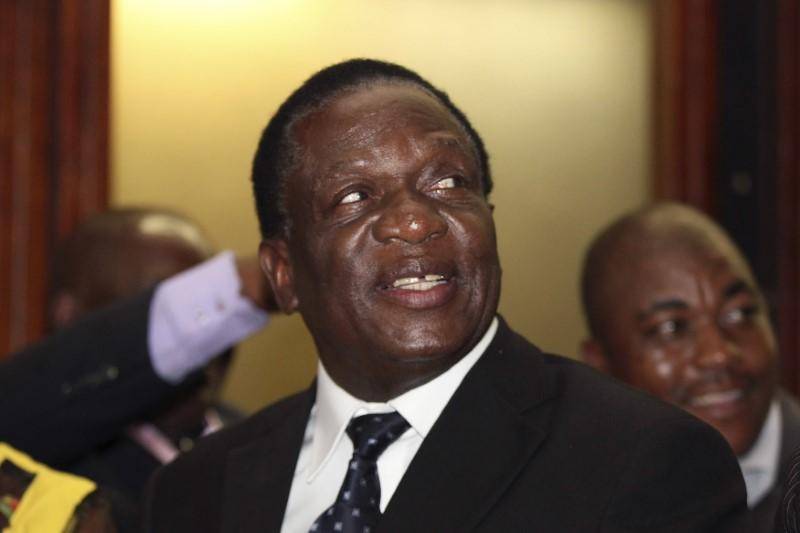 HARARE: Emmerson Mnangagwa will cap a stunning political comeback when he is sworn in as Zimbabwe’s president on Friday, bringing the final curtain down on the 37-year rule of Robert Mugabe.

Mugabe, 93, who had led Zimbabwe from independence in 1980, stepped down on Tuesday after the army seized power and the ruling ZANU-PF party turned against him.

The world’s oldest serving head of state resigned as parliament began a process to impeach him, sparking wild celebrations in the streets. His sudden fall had been triggered by a battle to succeed him that pitted Mnangagwa against Mugabe’s much younger wife Grace.

Just two weeks ago, she seemed to have the upper hand after Mugabe fired Mnangagwa on Nov. 6 as vice president for showing “traits of disloyalty”.

That prompted Mnangagwa, 75, long one of Mugabe’s most trusted lieutenants, to flee the country in fear for his life. It also brought the tanks into the streets.

Addressing a cheering crowd in Harare on Wednesday night after his return, Mnangagwa said Zimbabwe was entering a new stage of democracy.

“The people have spoken. The voice of the people is the voice of God,” he told thousands of supporters.

On Thursday, Mnangagwa urged citizens not to undertake “vengeful retribution” - striking a tone of reconciliation that echoed those made by Mugabe almost four decades ago.

Mugabe was granted immunity from prosecution and assured that his safety would be protected in his home country as part of a deal that led to his resignation, sources close to the negotiations said on Thursday.

Some of Mnangagwa’s supporters have called for unspecified action against the “G40” group that backed Mugabe and his wife, known as “Gucci Grace” for her reputed dedication to shopping, an affront to many in a country with an unemployment rate of 90 percent.