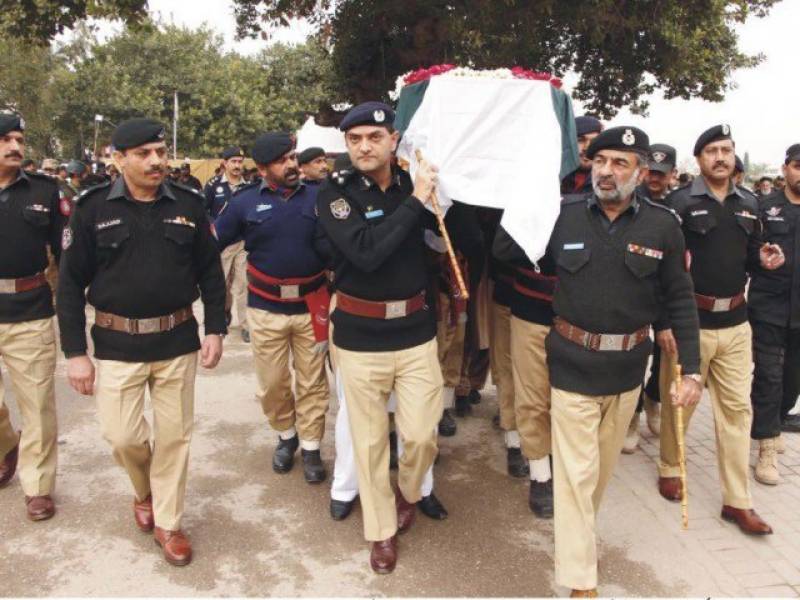 Additional Inspector General Police Khyber Pakhtunkhwa Muhammad Ashraf Noor was martyred and five constables injured when a suicide bomber rammed his motorcycle into their vehicle at Hayatabad on Friday morning.

According to police, the terrorists targeted the vehicle at Tatara Chauk when he was on his way to office.

The injured have been shifted to Hayatabad Medical Complex.

President and Prime Minister also prayed for eternal peace for the departed soul and grant of courage to the bereaved family to bear this irreparable loss.

Muhammad Ashraf Noor was laid to rest in his native town, Skardu on Friday evening.