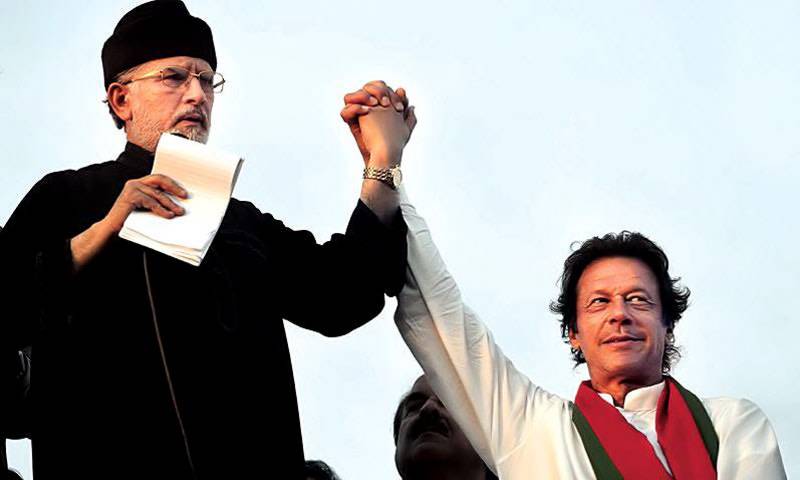 LAHORE – Pakistan Awami Tehreek chief Dr Tahirul Qadir has barred his party workers from joining the long march announced by PTI for May 25 against the government.

In 2014, Qadri and PTI chief Imran Khan led thousands of marchers to the federal capital against the then government of Pakistan Muslim League-Nawaz (PML-N). PTI was on the roads against the alleged rigging in 2013 elections while PAT was seeking justice for those killed in police action in Model Town.

Both parties staged sit-in for days in Islamabad when Imran Khan and Tahirul Qadri were dubbed as political cousins as they were protesting against the PML-N’s government.

Last week, Khan announced to hold a long-march against what he calls “imported government” on May 25, weeks after he was ousted from the Prime Minister’s Office through a no-confidence vote in April.

However, the PAT chief has directed its party to stay away from the long march, saying PTI kept did nothing to get justice for victims of Model Town tragedy during its more than three-year-long rule.