Pakistan to be connected with Central Asian Republic via trade corridor
24 May, 2019 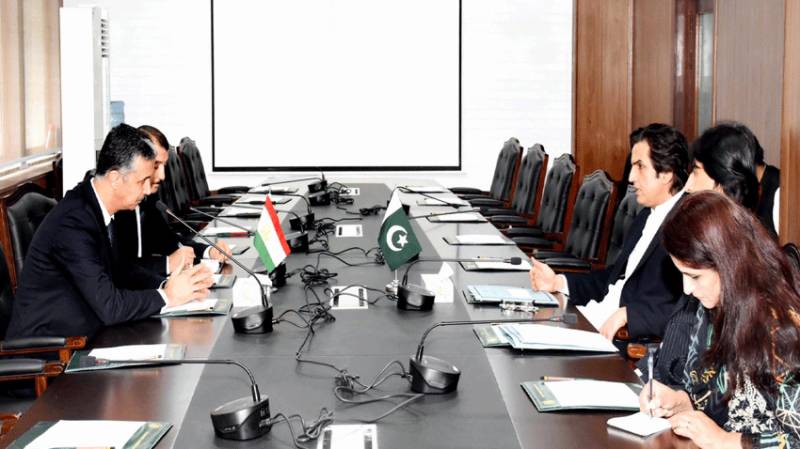 He was talking to Ambassador of Tajikistan Ismatullo Nasredin, who called on him in Islamabad on Friday.

Talking about CASA-1000, the Minister said Pakistan attaches great priority to timely completion of the project as it will meet its energy needs.

Khusro Bakhtyar apprised the Tajik Ambassador that the project has been referred to ECNEC with the condition that the sponsors will ensure timely finalization of agreement with the member countries for export of surplus power during non-supply period.

Highlighting the importance of Torkhum-Dushanbe Economic Corridor, the Minister noted that the proposed project will connect Torkhum to Dushanbe via Afghanistan.

He said Pakistan is willing to go ahead with the initiative if there is a trilateral agreement between Pakistan, Afghanistan and Tajikistan.

Speaking on the occasion, Tajikistan ambassador said his country is looking forward to further expand bilateral cooperation with Pakistan in various areas including trade and energy.