Pakistan gets a good news from United Kingdom
24 May, 2019 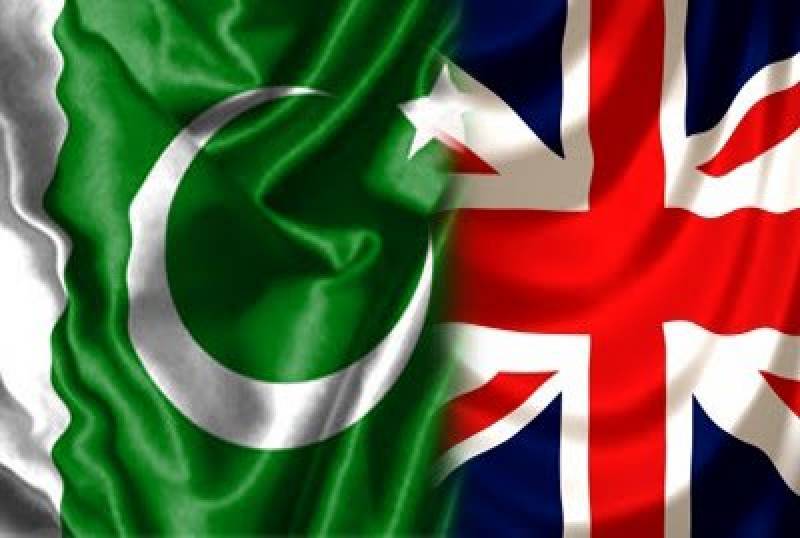 LONDON - British Minister for Asia and the Pacific, Mark Field on Friday said that the launch of direct flights between Pakistan and United Kingdom (UK) would help promote business and trade besides increasing links between the two countries.

"The launch of direct flights between our two capitals is excellent news for both our countries, and for the many people with links to the UK and Pakistan", Mark Field said while briefing the UK based group of Pakistani journalists here at Foreign and Commonwealth Office about the resumption of British Airways service to Pakistan after a decade. Mark Field said, "I personally very much look forward to using this service on my next visit to Pakistan – which I hope will be very soon."

The British Minister said that it was a demonstration of the close and strong links between the two countries and a symbol of the future health of an historic relationship, and of the potential of the Pakistan and the UK as important trading partners. "It is these connections, and the familiarity we have with each other's country, that means British Airways has been able to offer a tailored service that will feature an Urdu-speaking flight crew on most flights, and will be offering halal food to customers," he remarked.

He said that with the new flights would come more business opportunities – not only will it be cheaper and easier for British businesses and entrepreneurs to travel to Pakistan and see the opportunities for themselves, it was also a powerful symbol of stability in Pakistan and the market’s confidence.

"So I am sure this will be a trigger for more British businesses to invest in Pakistan, and hopefully too for Pakistani companies to invest in the UK, generating business and employment here," he remarked.

Mark Field said that the UK had more people of Pakistani origin with citizenship than any other country.

Highlighting the contribution of British-Pakistanis, he said that people of Pakistani origin played a huge role in the UK: "The Home Secretary – one of the greatest offices of state – is of Pakistan origin, as is the Mayor of London, 12 MPs, 9 members of the House of Lords, and over 250 councillors", he said. All MEPs of Pakistani descent are from the UK.

"As a Foreign Office Minister, I am also proud that Pakistan is host to one of the UK’s biggest diplomatic networks in the world", he remarked. "The British High Commission in Islamabad, led by our High Commissioner Tom Drew, is one of our biggest overseas missions," he said.

"And our commitment to Pakistan is also demonstrated through our Deputy High Commission in Karachi and an office in Lahore", he added.

Highlighting the Pakistan and UK relationship, he said that Investing in Pakistan’s future was extremely important to the UK.

The UK, he said spends more money on development aid in Pakistan than anyone else – more than double that of the rest of the EU member states put together.

"And we spend more on development aid in Pakistan than it does anywhere else in the world", he remarked. "I am extremely proud that millions of Pakistani people are benefitting from UK support every day", he said.

He said, "Our British Council teams also do a fantastic job. The libraries in Karachi and Lahore play an important role, we host examinations in around 40 cities across

Pakistan, and British Council is supporting the development of more than 300,000 school leaders and teachers across Pakistan over the next two years".

The British Minister said that Vice-Chancellors from all of Pakistan’s public universities had benefitted from leadership training and support from the British Council as part of the UK-Pakistan Education Gateway.

The deep ties between the UK and Pakistan will not be affected by Brexit, he remarked adding that the UK is a committed partner and Brexit is an opportunity for the UK to develop even closer ties with non-EU partners such as Pakistan.

The British Minister for Asia and Pacific ,Mark Field said that the UK was Pakistan’s largest trading partner in Europe and second largest export market globally – our bilateral trade in 2017 stood at £2.9 billion in goods and services. He added that Pakistan exported more last year to the UK than it did to China.

He said that the UK was also a major source of investment: last year, it was Pakistan’s second largest source of foreign direct investment.

"We are very proud that there are already around 150 British firms operating in and investing in Pakistan. Major UK businesses are succeeding there, including Mott MacDonald in infrastructure development; Unilever and Reckitt Benckiser in consumer goods; Standard Chartered and UBL in banking, GlaxoSmithKline in pharmaceuticals; and Shell in oil and gas.

The UK, he said was firmly committed to encouraging the brightest and best talent and welcomes all genuine visitors from Pakistan.

"The average processing time for non-settlement visas for Pakistani nationals is 10 working days, well within the global service standard of 15 working days", he remarked. He said that with a new Visa aplication Centre in Islamabad and an even faster priority visa service, the UK continues to invest in supporting visa customers in Pakistan.

Replying to a question, he said that UK wants to work with Pakistan for the promotion of freedom of media in the country. Replying to another question , he said UK wanted to resolve Kashmir dispute through negotiations between Pakistan, India and people of Kashmir.

Regarding China Pakistan Economic Corridor (CPEC) , he said its infrastructure projects would benefit the people of Pakistan.

Regarding Cricket World Cup 2019, he said "We all agree, cricket is the sport that brings us together. We are very excited that the Cricket World Cup is hosted by the UK this year." "I’m sure that given the skills of the Pakistani cricketers, this will be an excellent opportunity for Pakistan to show off its cricket team to the rest of the world. I look forward to watching their successes over the course of the World Cup!" he said.