Hindu terrorist elected for the Indian Parliament from BJP platform
24 May, 2019 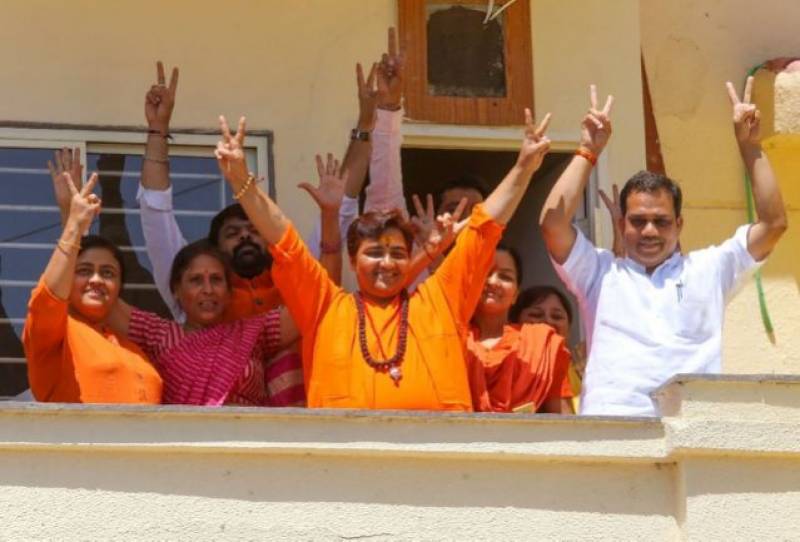 NEW DELHI - A firebrand Hindu nationalist nun facing terrorism charges over the deadly bombing of a mosque has been elected to Indian parliament, a week after Prime Minister Narendra Modi condemned her for celebrating the assassin of independence hero Mahatma Gandhi.

Sadhvi Pragya Thakur is accused of participating in the 2008 attack that killed six people and injured more than 100 others.

She spent nine years in detention over the charge and is still awaiting a trial for terrorism and criminal conspiracy after being bailed in 2017.

But the 49-year-old won an emphatic victory for Modi's right-wing Bharatiya Janata Party (BJP) in results announced Thursday, taking 62 percent of the vote for a seat in the central industrial city of Bhopal.

Thakur only joined the BJP in April and the party stunned many when it named her as a parliamentary candidate the next month.

She courted controversy throughout the campaign, telling journalists that the radical Hindu assassin of Indian independence hero Mahatma Gandhi was a "patriot".

Thakur also raised eyebrows for claiming that drinking cow urine had helped cure her cancer and extolling the benefits of drinking a concoction of milk, butter and cow dung.

The opposition Congress party, which made a pitiable showing in the election, have denounced her as symbolic of the rise of extreme Hindu nationalism in India under Modi.

Modi was forced to admonish Thakur as a backlash grew over her comments on Gandhi's assassin, only days after publicly backing her candidature.

"She apologised publicly for the comments, but I won't forgive her at a personal level," Modi said in a TV interview.

But the BJP has usually defended Thakur, with party president Amit Shah calling the terrorism charges against her "fake".

Police say her motorbike was used to carry the explosives used in the 2008 attack and that she took part in a key planning meeting before it was staged.

The trial dragged on in India's notoriously slow legal system and election rules allow anyone to stand for office as long as there is no conviction. Some of the other candidates face murder charges.

The charges had little impact on Bhopal voters, many of whom sought blessings from Thakur at her public events.

Thakur said her win over her Congress rival in Bhopal was a "victory of right over wrong". -APP/AFP