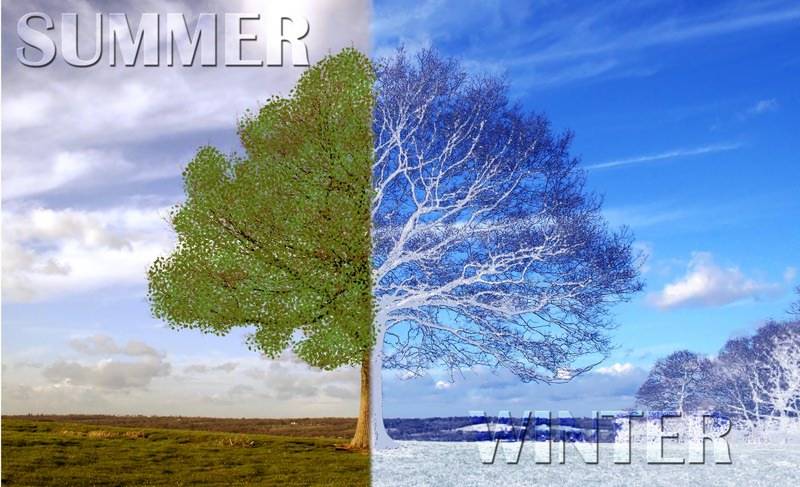 It was shocking to know when an expert revealed that the climate change is causing one-day addition in summer season of the country every year.

"Around 15 years ago, Pakistan's summer season was spanning over 145 days (almost five months), but now it is of about 170 days, which means more or less one-day addition per year in hot days," according to weather pundit Dr Muhammad Hanif.

He said environmental degradation because of multiple factors including less greenery, increased industrial and different chemical emissions was prolonging the summer season and shrinking the winter duration.

Muhammad Hanif said climate change in the country had badly affected the agriculture sector and advised the growers to follow guidelines of agri experts before cultivating any crop for getting better yields.

A spokesman for the Ministry of Climate Change Muhammad Saleem told APP that in the recent years, the impacts of climate change on the country's all realms of socio-economic activity had grown more intense.

Already in grip of shifting and unreliable winter and summer rainfall patterns, devastating floods, droughts, landslides, land and river erosions, rapidly melting glaciers, he warned "Pakistan is bound to witness increase in intensity and frequency in these climate change impacts."

Citing some of the reasons of environmental degradation, he said, surging population growth, unsustainable sprawling growth in urban areas, unchecked deforestation were exacerbating the effects of global warming- induced climate change in the country. "These very issues are making natural disasters hard to manage."

The spokesman said Pakistan's population was most likely to swell to 230 million by 2030 and over 60 percent of it would be living in urban areas adding "This would build up more pressure on already ailing public infrastructures like water and sanitation, housing, education and health facilities."

The pressure would make it quite hard for municipalities and urban civic agencies to manage the demand for the public services and manage disasters, particularly urban flooding and heat-waves.

Migration from rural to urban centres is being prompted by better living standards, health and education facilities, water and sanitation, as well as by job opportunities in cities.

However, the swelling urban populations and consequent pressure on inadequate resources are causing deepening worry about climate change-related risks faced by cities.

In the past, inadequate planning at village, town, district and provincial level to deal with climate change impacts and avoid loss of the life and the people's livelihood has exposed the country to water-related risks from climate change and putting the country's agriculture, industry and hydropower at risk.

In Pakistan, he said, the urban poor would have a higher exposure to urban flood risk than the average urban population, who would often get displaced and affected in the event of urban flooding or storm rains.

"We must understand that densely populated cities would be more exposed to climate risk and impacts. However, increasing renewable energy use, decrease promoting urban forestry, developing green transport systems and building sustainable, liveable cities for growing urban populations make up together workable climate change adaptation solutions to make the cities climate-resilient," he said while suggesting a way out of the risks.

Quoting United Nations' Development Programme reports, the spokesman said Pakistan had suffered economic damages to the tune of $ 80 billions over last 20 years, and facing nearly $ 4 billion loss every year due to climate change.

He stressed that adequate budgetary allocations were inevitable for making the country's key socio-economic sectors such as mainly agriculture, water, energy, public and communication infrastructures climate-resilient.

In a 2015 assessment, Muhammad Saleem said, the US-based World Resources Institute ranked Pakistan as the fifth most affected country for river flooding, among 164 countries analysed.

The institute estimated that floods affected nearly 715,000 people in the country each year, causing $1.7 billion in economic losses. The US-based think-tank has further warned in its report that by 2030, river floods could affect two million more people in Pakistan every year, with climate change driving 70 percent of that increase.

The spokesman said international climate reports warned that Pakistan was most likely to remain worst victim of climate change, with more severe and frequent extreme weather events such as droughts, floods, heavy rains, cyclones, windstorms, dust-storms, heightened pace in glacial melt because of increase in hot days and decline in cold days.

This would require introduction of drought, flood and heatwave- tolerant crop varieties and water-efficient irrigation technologies besides practices as coping measures to tackle the vagaries of climate change, he added .

Above all, Muhammad Saleem said, increasing forest cover in the country, which was losing nearly 27 hectares of forest cover to urbanization, agriculture and housing, was one of the most cheapest and effective way to enhance country's climate-resilience.

Given the realization and to mitigate climate risks, the Green  Pakistan Programme, envisioned by the prime minister Muhammad Nawaz Sharif, has been launched for tackling climate change and seriousness towards re invigorating ailing forestry sector as a part of boosting country's climate resilience.

Under the Rs10 billion project, a target of planting 100 million trees in next five across the country years has been set.

Besides, he said, the Ministry had urged the provincial governments to expedite implementation process of the national climate change policy, wherein different climate risks and solutions for them have been identified.