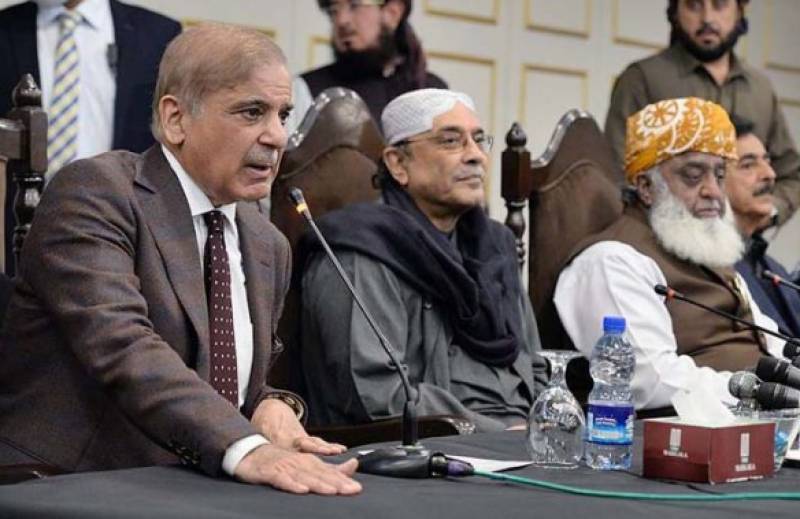 The opposition link parties issued a joint charter link on the eve of Pakistan Day (March 23, 2022) on Wednesday, in which they said they believed in an Islamic, federal and parliamentary form of government.

In their charter titled, ‘Quwwat Akhuwat awam’, they claimed that they were the guarantors of social, political and economic rights of the people of Pakistan. “And the dream of securing the rights of Pakistanis would be materialized by getting the no-trust motion against the government passed by the National Assembly. And after that, that kind of Pakistan will be created where there is a supremacy link of the constitution,” reads the charter.

It has been stressed in the charter that all administrative institutions of the country should be subservient to the parliament link, which is an elected body, and which should be the repository of all kinds of policy making. “Judiciary should be independent and the courts could give decisions without any fear or pressure. Similarly, media should also be free and the freedom of expression of the citizens must also be protected,” reads the charter.

It emphasizes that elected representatives should only be answerable to the masses, who should have the right either to return them to legislatures or reject them through the use of their right to vote.

The united opposition link further says that due to what it calls poor governance of the Pakistan Tehreek-i-Insaf (PTI) government, people belonging to all segments of the society, particularly the middle class and the downtrodden, have been badly affected. “Today, the country’s youth are in despair as they confront record inflation and joblessness,” the opposition link parties say.

They add that to make matters further worse, there is no respite in sight for them as their miseries continue to grow by the day. “And for that ‘selected’ government of PTI is responsible, which had snatched from other political parties the mandate people had given to them in the last general elections,” the opposition link.

“And before the country turns completely bankrupt, it is better to send this government home,” reads the charter.

The charter demands that after the passage of the no-confidence motion, free and fair elections should be held in the country so that real representatives of the people could take charge of the country’s affairs.

“Today, on this historical day, all the opposition link parties promise to the nation that they after sending the present government home will take steps on a war footing to rid the nation of inflation, poverty, unemployment, loans, illiteracy, diseases and other issues. And that steps will be taken to bring the country’s economy at par with the rest of world’s economies,” reads the charter.

“Now it is time that all the stakeholders accept the supremacy link of the constitution and strive to build Pakistan as per the vision of Father of the Nation Quaid-e-Azam Muhammad Ali Jinnah,” say the opposition link parties.

It is further stated in the charter that in order to ensure free, fair and transparent elections, electoral reforms will be introduced in the country with consensus. “The opposition link parties will protect the Islamic sections of the constitution, the 18th constitutional amendment and basic political and economic rights of the citizens as enshrined in the constitution. They will also put an end to all kinds of political interference in politics,” reads the charter.

The united opposition link also expresses its commitment to the provincial autonomy.

It further says that concrete steps will be taken for the release of all missing persons.

The opposition link parties pledge that they will establish such an institution which will hold the corrupt people accountable without any discrimination.

They also express their solidarity with the people of the Indian occupied Kashmir and Palestine.