In a new move, TLP launches a massive protest in Karachi against PTI government
24 Mar, 2022 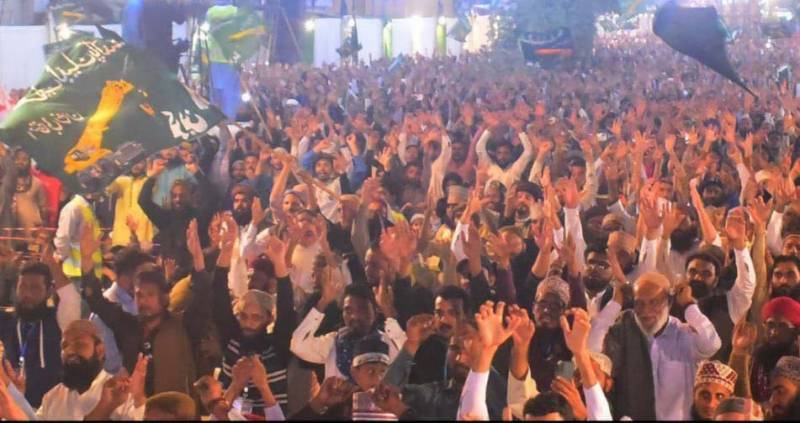 KARACHI – Far-right party Tehreek-e-Labbaik Pakistan (TLP) took to the streets in the country’s largest city against soaring inflation as Imran Khan-led PTI is fighting for political survival after opposition political parties moved a no-confidence motion in the country's Parliament.

The march -- led by TLP chief Hafiz Saad Hussain Rizvi, who was released from jail last year -- started from Karachi Airport and ended at Mazar-e-Quaid, while many of roads including Shahrah-e-Faisal were left jammed as long queues of vehicles were lined up across the metropolis.

Saad, the son of late Khadim Rizvi, slammed the PTI government as he addressed the charged participants. He also fired a salvo at the PDM alliance, saying the nation plunged into skyrocketed inflation while the opposition did nothing for the distressed masses.

As demands for Imran Khan’s resignation mount, he has no options rather than stepping down, Rizvi said. He, however, intimidated the opposition alliance saying they would face another force in coming polls.

Rizvi, the current chief of Tehreek-e-Labbaik Pakistan (TLP) came in limelight for holding violent protests while many cops have fallen victim to the group’s violence.

The right-wing party was banned last year however its jailed activists were freed and the party was also allowed to contest elections under a deal with the PTI government struck to end weeks of violent clashes.