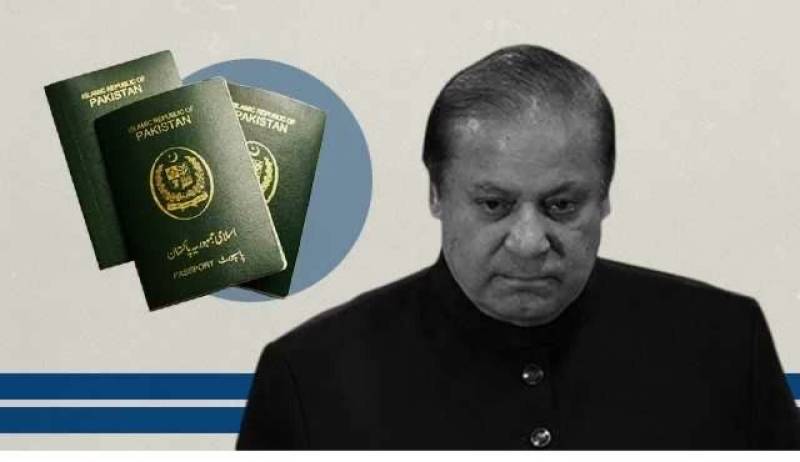 Islamabad: The Interior Ministry has written a letter to the Foreign Secretary asking not to process former Prime Minister Nawaz Sharif's request for renewal of passport.

According to details, former PM could not give a valid reason as to why his passport should be renewed.

The letter read that, High Court has convicted Nawaz Sharif and he escaped the country by lying to avoid punishment on the other hand Mr Sharif has to complete the rest of his sentence in Jail.

It may be recalled that Nawaz Sharif had gone to London for treatment with the permission of the government due to depleting platelets.

However, government has offered PML-N supremo travel documents for return only.