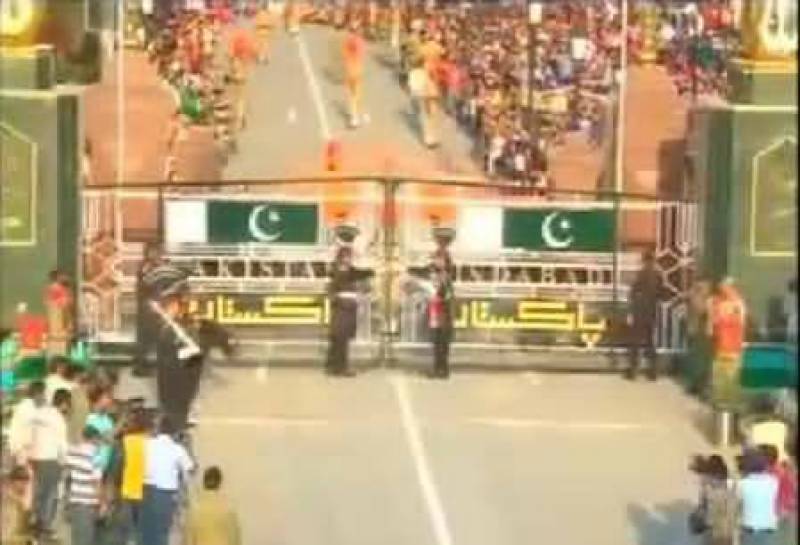 LAHORE: The Wagah border was a sight for sore eyes on Thursday as a charged-up crowd kept on chanting slogans of Allah-hu-Akbar (God is great) and Pakistan Zindabad.

The Pakistan Day parade had already enriched masses with patriotism and the spirit of nationalism. Hence, during the lowering of the flags ceremony, the crowd could be heard chanting loud and clear 'Pakistan Zindabad'.

A sea of national flags could be seen as almost every man, woman and child was carrying it. Earlier, the Pakistan Army, air force and navy had put up a spectacular show during the Pakistan Day parade.