Turkey threatens to gun down Russian soldiers in Syria
24 Mar, 2017 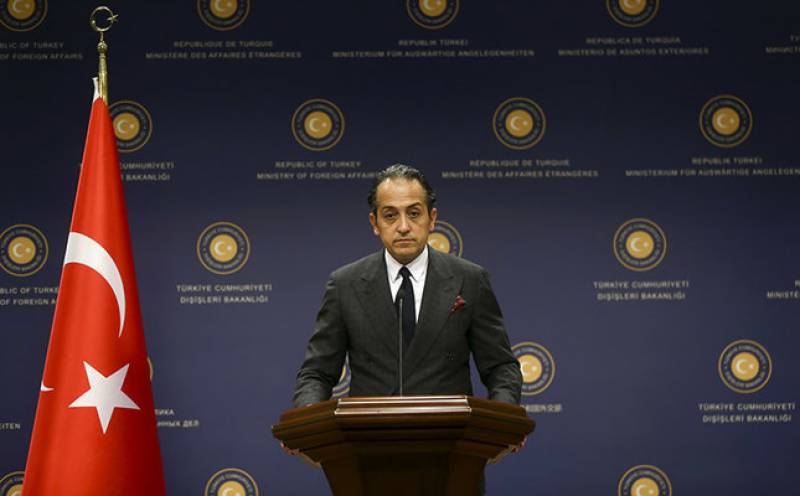 ANKARA: (APP) Turkey has summoned the Russian charge d'affaires after a Turkish soldier was shot by sniper fire from Kurdish militia-controlled Syria, where Moscow has troops, Ankara said on Thursday.

Ankara said the soldier was killed in the southern Turkish province of Hatay during cross-border fire on Wednesday from the northwestern Syrian region of Afrin, which is controlled by the Kurdish YPG militia.

"Immediately after the incident, we invited the Russian charge d'affaires to the ministry and we first shared how seriously disturbed we were," Turkish foreign ministry spokesman Huseyin Muftuoglu told a press conference in Ankara.

"We said to avoid similar incidents after this, whatever necessary must be done. We said if this happens again, an equal response will be given," Muftuoglu said.

Moscow's envoy in Ankara was summoned because under a ceasefire agreed late last year, Russia is responsible for monitoring violations in this region, he added.

A ceasefire brokered by Russia and Turkey has been in place since late December but both Syrian rebels and the Damascus regime have complained of repeated violations.

Earlier this week YPG spokesman Redur Xelil told AFP that Russia's military will train Kurdish forces in Syria, adding that Russian forces were already present at a training camp in the Afrin region.

Afrin is one of three "autonomous" cantons that the Kurdish militia control in northern Syria.

Ankara views the Kurdish People's Protection Units (YPG) militia as a "terror group" linked to Kurdish separatists inside Turkey waging an insurgency since 1984.

Muftuoglu also said Turkey was waiting for Russia to "take steps to close" the Moscow office opened last month of the Kurdish Democratic Union Party (PYD), whose armed wing is the YPG.