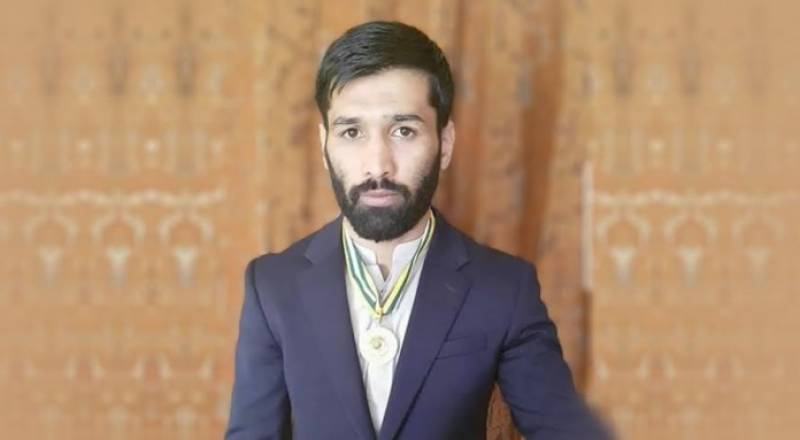 Muhammad Waseem, the boxer who hailed from Quetta, specially came to Pakistan to receive the award from USA, where he is training for his next fight.

Talking to ARY Sports, Muhammad Waseem showed gratitude to Pakistan’s President Mr. Mamnoon Hussain, “I am really happy to receive this award, thank you for acknowledging my efforts Mr. President.”

“I am thankful to all Pakistanis who have supported me, we need more success in the ring of boxing and it is not possible without your support,” he said while thanking his fans.

The 29-year old turned professional in June 2015 after signing with a South Korean promoter, Andy Kim. He had a flawless start and won the WBC Silver Flyweight Championship in just his fourth fight as a pro after beating Jether Olivia of Philippines.

Waseem had a glorious journey as an amateur boxer and his experience is coming handy in the professional boxing as well.

The pugilist has won a number of medals for Pakistan at the international stage including a Silver in Saf Games, a Silver and a Bronze in Commonwealth Games and a Bronze medal in Asian Games.

The Pakistani boxer, who is also known as Falcon, has been unbeaten in the professional boxing circuit and has won four of his five fights by knocking out the opponent.

Waseem will take on Oscar Cantu in a world title eliminator. His trainer, Jeff Mayweather is expecting him to become the World Champion before the end of this year.