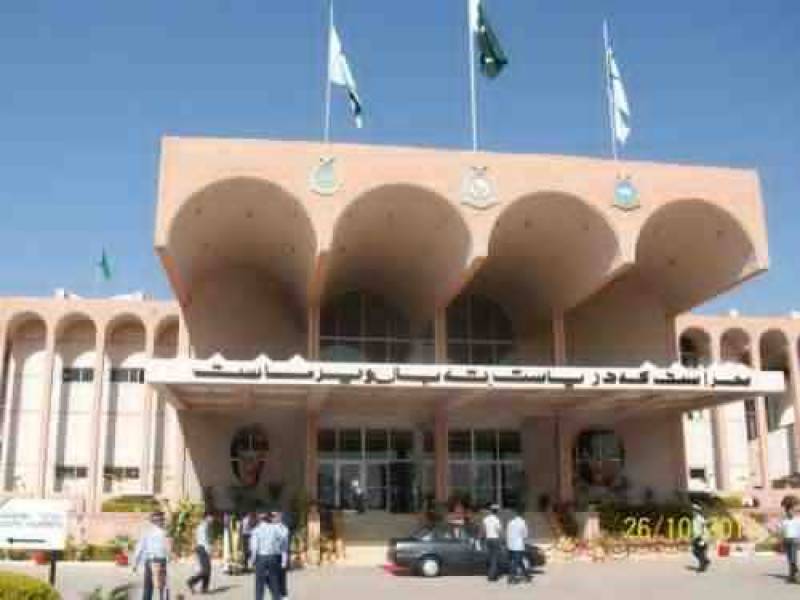 Asghar Khan was the first native Commander-in-Chief of the Pakistan Air Force, who served under the President Iskander Mirza and President Ayub Khan.

In this regard, a ceremony was held on Wednesday which was attended by Chief of Air Staff Air Chief Marshall Sohail Aman. Former air chiefs, retired and serving higher officials of the PAF, and other dignitaries were also present on the occasion.

Chief of Air Staff (CAS) Sohail Aman unveiled the plaque of the PAF Academy Asghar. He hailed the career of Asghar Khan calling him a man of integrity who possessed the most esteemed qualities.

He said Asghar Khan served the nation and through his leadership made efforts for the development of the Pakistan Air Force. He said the motherland was proud of this patriotic ‘son of the soil’.

He added that renaming the academy after Asghar Khan was a befitting tribute to him. He said that Asghar Khan lifted the standard of the air force which was carried forward by later air chiefs.

Sohail Aman said that the personality of Asghar Khan will be a role model and beacon of light for future generations.

In 1957, Asghar Khan became the youngest to-date and first Muslim chief of the PAF. His tenure saw the extensive modernisation of the PAF in terms of both technical and military equipment.

He resigned in 1965 before being appointment chairman of the national carrier Pakistan International Airline (PIA) and later started a political career with the Tehreek-e-Istaqlal party.

PAF Academy is located in the town of Risalpur in Nowshera District of Khyber Pakhtunkhwa and is the premier cadet training institution of the Pakistan Air Force.